In February 2003 I took receipt of a seven week old Jack Russell puppy to be named Midge. She had been bought to replace the previous Jacko that had just died and to become the new companion of my then, seven year old Beagle, Nana. This photo, taken a day or two after she'd arrived, makes her look a lot bigger than she actually was, she was tiny. 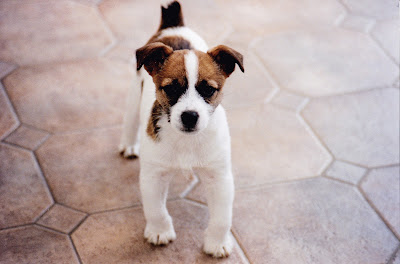 Despite Midge's tiny size, Nana was at first, petrified of her, a supremacy that Midge was quick to exploit but they eventually enjoyed countless hours of playful wrestling. 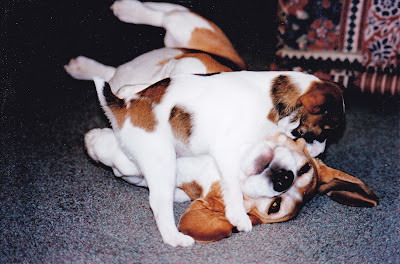 And when the big day came and a very timid Midge was introduced to the big wide and scary world of the marsh and all it's mysterious sights and smells, it was Nana that showed her round and looked after her. 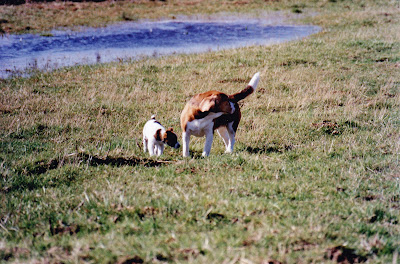 And after a hard day on the marsh, learning all the things that a young dog has to learn, it would be time for a nap on my bed, protected still by Nana's comforting arm. (This was not posed, they often slept like this) 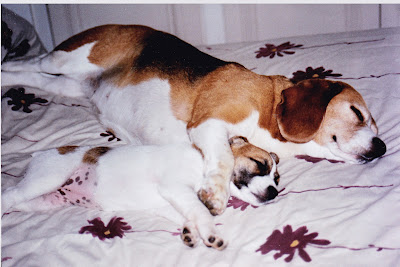 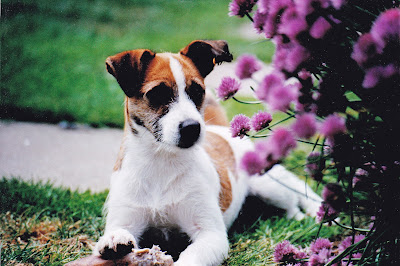 and turned into the wonderful and trouble-free dog that she always was. 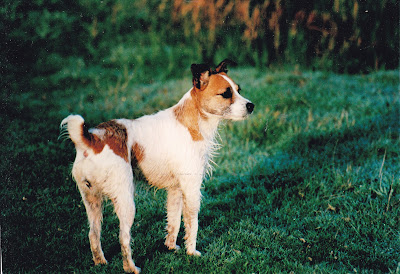 And five years ago, when Nana eventually died, I replaced her with little Ellie and it became Midge's turn to be the matriarch and show the latest young up-start the proper way to to things.
But a few days ago, an amazingly fit, near fourteen year old Midge, suddenly developed an aggressive cancer and we had to say goodbye to her - I'll miss her greatly, it's just Ellie and me now. 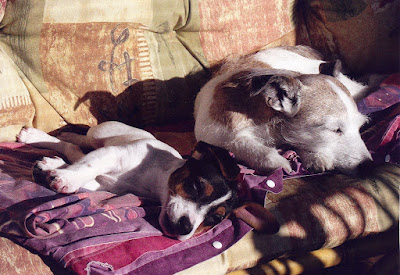