Spring woz and then it wasn't

Well it's been a month since my last posting and to be honest, there hasn't been a lot happening that in my opinion merited writing about.
February 20th saw the end of the wildfowling season for six months and so I now have the reserve to myself in the early mornings, which is always a nice thing. For the first couple of weeks since my last post we had a real taste of Spring, with early frost and mist quickly turning into warm, sometimes very warm, days. To walk round the reserve in such early morning weather was pure joy and to watch the large winter flock of White-fronted Geese, still reluctant to leave for northern Europe, coming into land under blue skies was truly wonderful.  The warmth brought out butterflies and bees, some birds began to nest and a few very early Swallows appeared on the South Coast, no doubt regretting it because the last two weeks have been wet and cold again.
But with every odd sunny day, it's possible to feel the sun getting stronger, the Skylarks are singing and the Lapwings beginning their courtship displays, wheeling and diving over the grazing marsh. In the hedgerows the blackthorn bushes are white with blossom and the willow buds are beginning to burst - Spring really is very close.
The regular amounts of rain and a bit of pumping water to where we want it, has now produced the welcome sight of part flooded grazing meadows, something the reserve's plovers and ducks are appreciating and looking like a wetland reserve should look like. 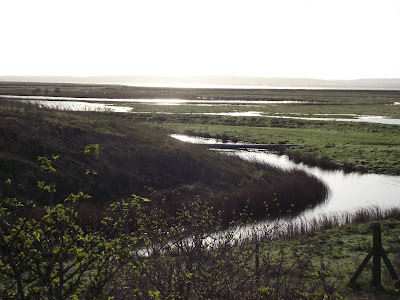 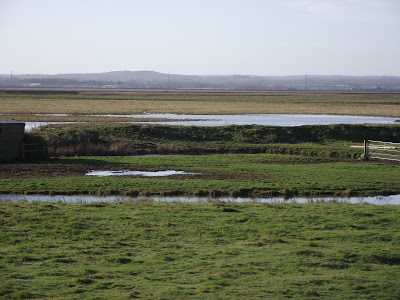 On the farmland alongside  the reserve the winter corn is now on the move and about a foot high already, although a couple of applications of nitrogenous fertilizer and insectiside has no doubt helped it. 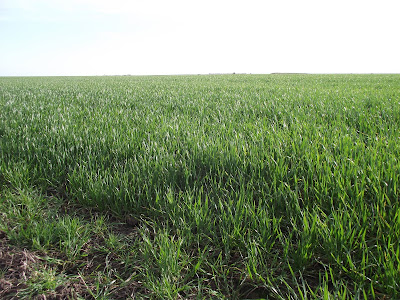 Likewise the large fields of rape, always beautiful when in flower in the Spring. These are well advanced and will probably be in flower by the end of next month. 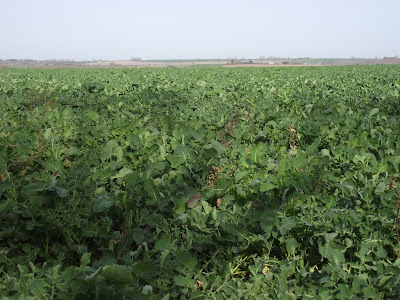 And lastly, these early lambs. I say early because the main flock isn't due to start lambing for another couple of weeks, but a lucky ram managed to twice get out twice last October and find his way among the sheep ahead of schedule. The result was around a dozen lambs born a month early which have prospered thanks to being born during the two weeks warm weather. 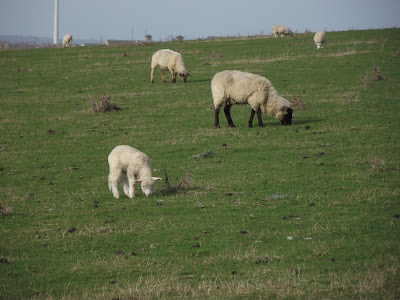 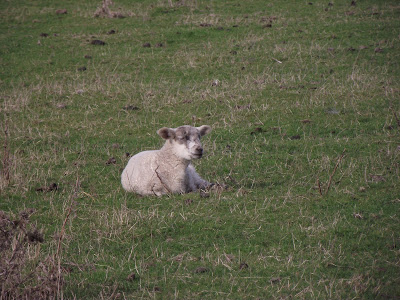