Another Side Of Elmley

AS ALWAYS THESE PHOTOS ARE BEST VIEWED BY DOUBLE CLICKING ON EACH AND ENLARGING THEM.

With The Swale NNR attracting few birds these days due to the bone-dry conditions and with on-going improvement work being carried out by a bulldozer, I took myself off to the wide patures of Elmley NNR this morning.
Parking my car up at the farm I began by walking down the track past the old Elmley schoolhouse, which is struggling to stay upright these days, its so dilapidated. 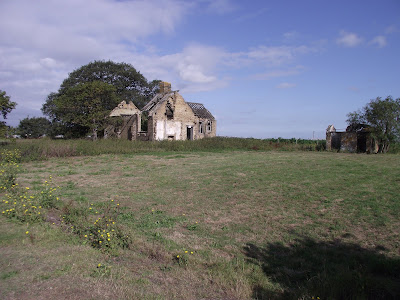 Even when intact it still didn't look that friendly, as this old photo shows, when the church alongside was still standing. The church was knocked down in 1951 and only a few foundations show where it was now. 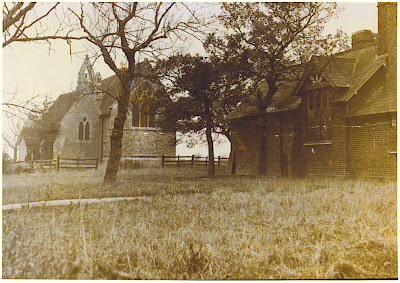 I then carried on down to the area, known these days as "The Brickfields", probably due to the remains of old buildings that lay around down there. In the late 1800's it used to be a mini village surrounding a Portland Cement factory known as the Turkey Cement Works. There was even a pub called "The Globe" there plus as you see below, a small dock for the loading/unloading of sailing barges. At low tide you will see that there is still the remains of a barge lying in the dock. The Works closed in 1900 and the villagers moved away to the mainland soon after. 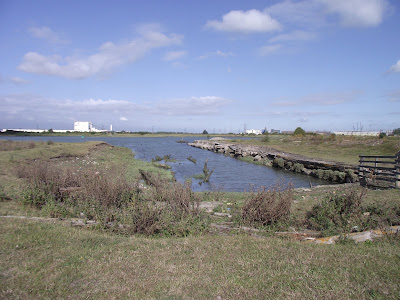 In the area around the dock there are stll foundations left from the old buildings and various heaps of stone and brick. 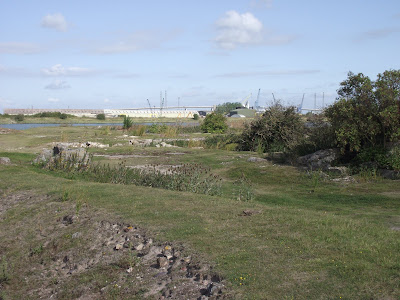 I then made my east along the seawall to arrive at what is known as Elmley Ferry. At low tide there is a short gravel causeway here that only runs as far as the deep water channel of The Swale. It was never much more than a small rowing boat and ferryman stationed on the mainland side of The Swale at Murston, who rowed across when requested. It is also the place that gas supplies to Sheppey cross under the water and the marker posts indicate that fact to larger vessels that sometimes come down the river. If you enlarge this photo you will see to the left of the mainland side, the skeleton of an old sailing barge in the water. It was common practise when these barges had had their day, to sail them to a quiet stretch of water and beach them on the mudflats and leave them. There are several along The Swale like this. 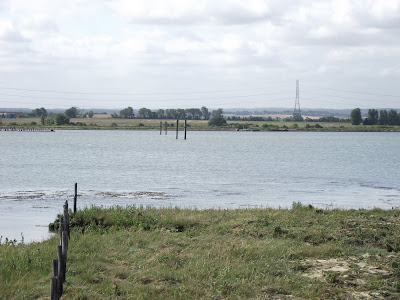 In its final years its main users were the Gransden family who lived in Kingshill farm and farmed the Elmley marshes. Some of the children went to school at Murston and were sometimes sent over there for shopping. This old photo shows one of the Gransden children at the ferry. 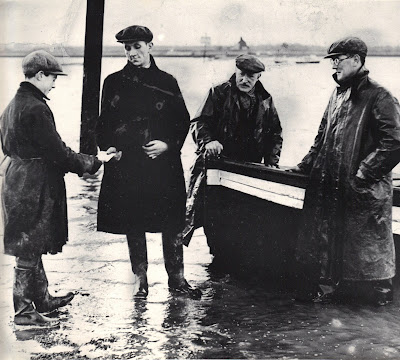 A view down The Swale from the ferry with Harty Hill in the distance. In the winter, this stretch of sea alongside the Elmley RSPB reserve will be covered in several thousand various ducks at high tide and is worth seeing. 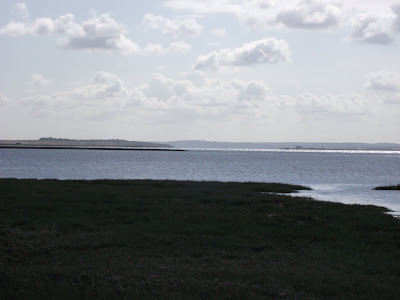 A mixed clump of Sea Lavender and Golden Samphire on the seaward side of the seawall. 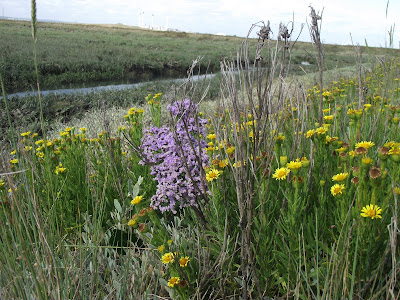 Close by the Sea Aster was also out in flower. 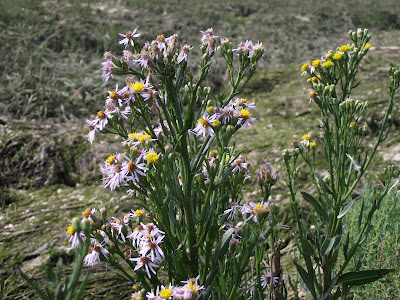 I completed my walk by walking back up the track to Kingshill Farmhouse, home to the RSPB warden. In 1688, King James was attempting to flee England to France and was arrested at Elmley Ferry by fishermen and apparently held at Kingshill Farm overnight before being returned to London. 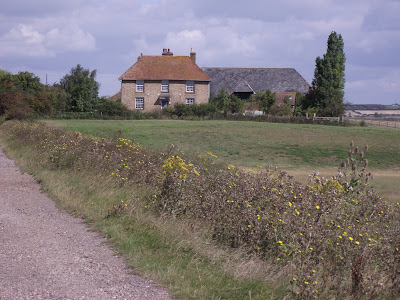