Yesterday morning, Christmas morning and with the weather being quite exceptional under clear blue skies and sunshine, I had a walk along the track between Elliotts farm and Muswell Manor on Harty. Some of us know it as the "concrete road" and it was a nice change to walk on firm ,dry ground rather than the flooded conditions of the reserve.
The unique feature of this track is that for part of it's length it runs along a ridge of high ground with views across the Swale NNR one side and the rest of Harty marshes the other and yesterday those green pastures could not of looked much better. No one about, total quietness, just the two dogs and me and for a while it was as though I owned a part of heaven. 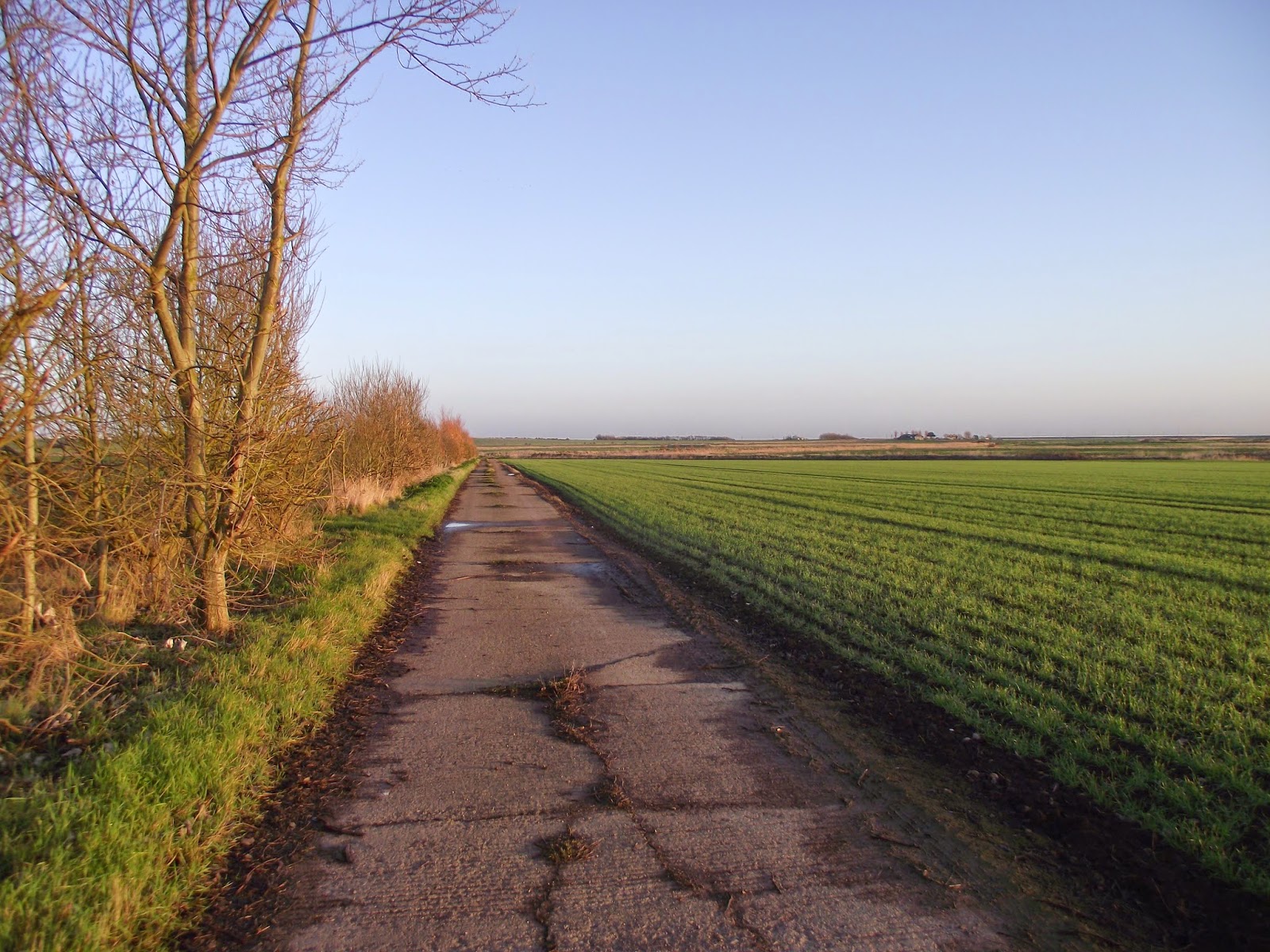 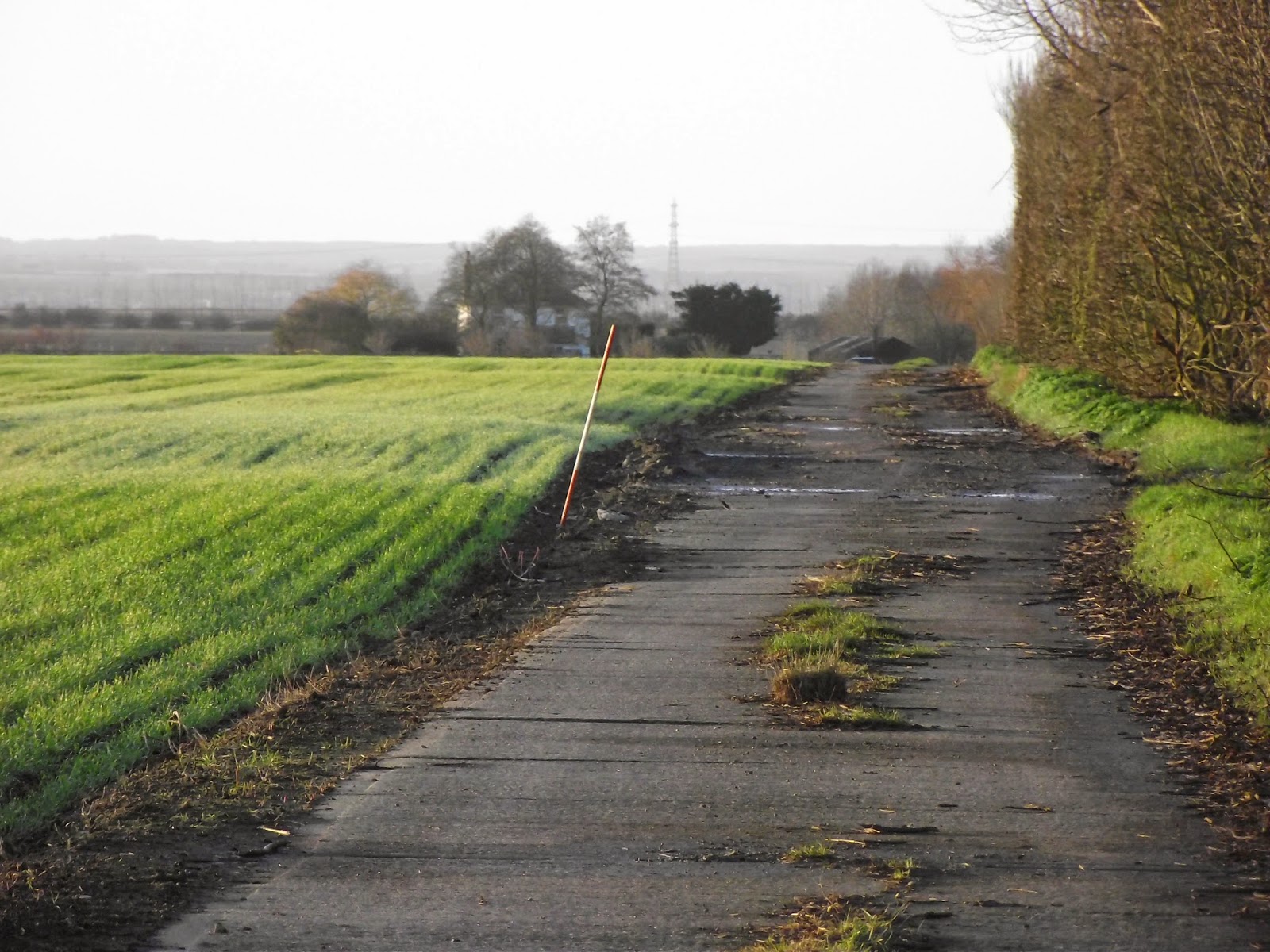 This morning was different all together, an overnight frost had begun to lift as high, grey cloud drifted in at dawn and it soon became a very cold but gloomy morning as the marsh was lit by the increasing light. Driving along the Harty Road I stopped at Capel Corner and checked out the various wildfowl sheltering along Capel Fleet, it pretty much amounted to just Mallard, Teal and Coot. 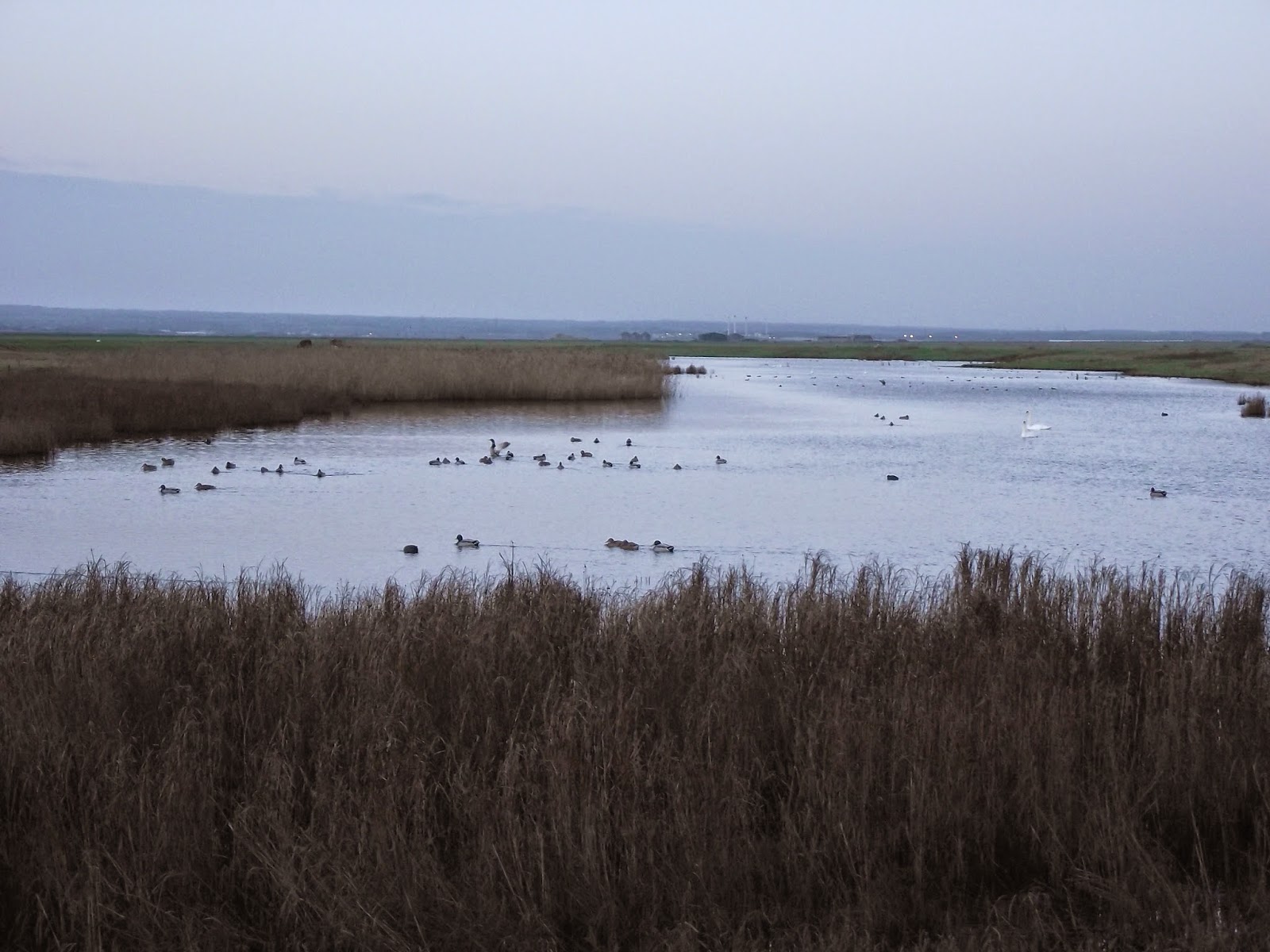 Mind you, the farmland either side of the Fleet is always worthy of a check, this week there have been reports of two flocks of geese along there. Around 80+ White-fronted Geese have been seen on the farmland to the left of the Fleet and a mixed flock of c. 50 Pink-footed and Bean Geese on the left. Short-eared Owls, Marsh and Hen Harriers, Peregrines and winter thrushes are also becoming more regular along the Harty Road it'self, so it's all looking pretty good at the moment.

Leaving Capel Corner behind, it was on to the reserve at first light, on with the wellies and another trek across the mud and water to the sea wall but at least the cattle have now been taken off till the Spring. It won't make the horrendous muddy areas any better but at least they won't increase now, it's a shame that the cattle are allowed to create so much damage to long into the winter. The cattle will now be in their Eastchurch stock pens, ready to calve over the next few months and not due back until the warmth and dryness of April. Given that it was Boxing Day and a traditional hunting/shooting day on the calendar, I made my way across to the sea wall expecting to see several wildfowlers out on the saltings but no, there was just the one, the same guy mentioned in my last post and still as bored at little shooting opportunity. He lives on Sheppey and we had a pleasant chat once he'd made his way back along the sea wall with his dogs, to where I was with mine. Apparently he's 60 tomorrow and was beginning to feel that perhaps sitting out in the mud, the frost, the cold and generally crap weather, was just beginning to lose it's appeal for him and at 67 I know just how he feels. In your 60's and soon, 70's, it takes a lot of determination with arthritic bones, to suffer the slog of so much water, mud and intense cold at dawn each winter - sometimes a later start in sheltered woodland places does seem an attractive proposition - but no, I'm a marshman through and through, it, like the aches, pains, mists, cold and damp, are in my blood, it's all I know.
Posted by Derek Faulkner at 14:57