Springing out of Winter

Well, after the heavy snow of last week, then rain, then a rapid thaw over the weekend, water levels on the reserve are at last looking more respectable. Just look at the two photos of the ditch below, as it still was in January....... 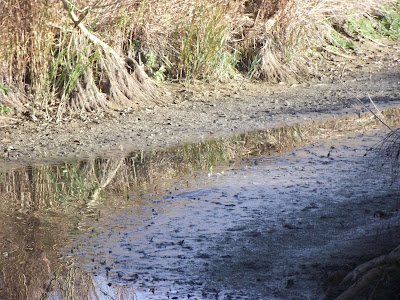 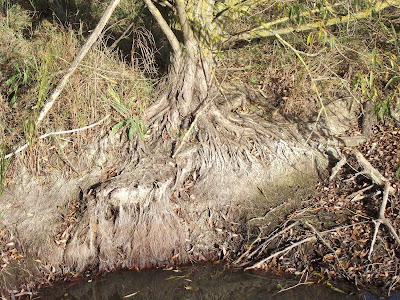 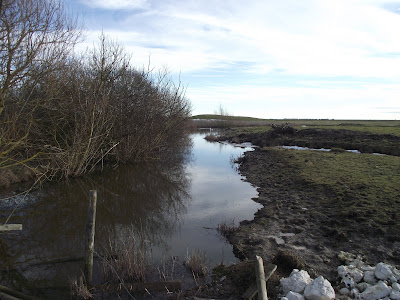 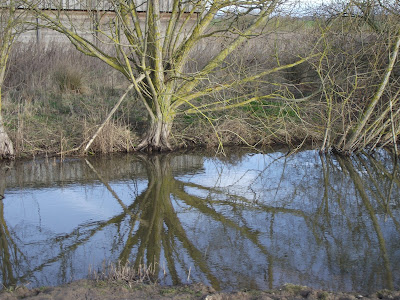 Most of the ditches have recovered in the same way and while we still haven't got the typical surface water flooding across the grazing marshes, that we would expect at this time of the year, prospects are looking far better for the forthcoming Spring than they had done.
Below you can see one of several, long and shallow rills that were dug across the grazing marsh several years ago. They were only dug several inches deep and their main purpose is to benefit plover and wader chicks in the Spring by attracting various insects and flies to their muddy fringes as they gradually dry out. For the last two years these rills have been bone dry all year round. 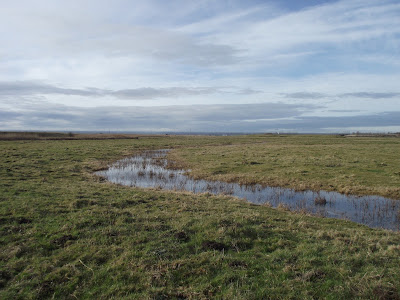 All signs of last week's deep snow cover across the reserve have now disappeared, except along this one ditch for whatever reason. The snow is 2-3 ft deep along this stretch and will presumably take some time before it finally thaws away. It made me wonder about the fate of the Marsh Frogs that I normally see and hear along there through much of the year. Their built in time clocks must be saying that it is time to emerge from hibernation to begin breeding again and for any frogs that have hibernated along that stretch of ditch, will they be able to fight their way to the surface of the snow, will it cause them to perish? 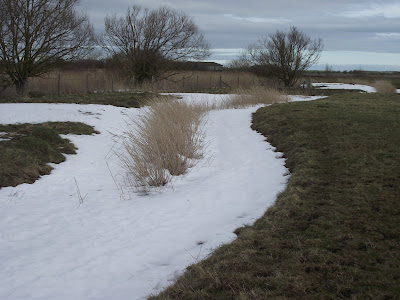 And on the subject of Spring, today has felt almost Springlike, with good spells of warm sunshine and light winds. Walking the reserve this morning there were very encouraging signs that it is just round the corner. The first courtship displays of Lapwings were taking place across the meadows as they tumbled in the sky, issuing their lovely "peewit" calls as they did so. The skies all across the reserve rained with the beautiful song of many Skylarks and along the hedgerows, Chaffinchs helped swell the avian orchestra.
So hard to believe that just a few days ago we were enduring sub-zero temperatures and snow all day long.
Posted by Derek Faulkner at 13:30