It was a murky sort of a morning early this morning with fleeting glimpses of an orange sun. It was also cold in a fresh E. wind but no where near as cold as yesterday morning was. Yesterday at 07.30, with grey skies, a couple of heavy showers and a strong NE wind I was as cold as I've felt for several weeks and to complete the wintery feel, a ringtail Hen Harrier came drifting by the barn as I arrived. I felt sorry for the swallows as they came zipping across the reserve, heading into that icy wind and probably wondering why they bothered.

Anyway, back to this morning and though the clouds began to threaten, it remained rain free as I wandered around the reserve where, unlike many other places, spring migrants still remain very thin on the ground. The Whitethroats still haven't returned to their usual overgrown spinney by the entrance gate, there are just a couple of Sedge Warblers but no Reed Warblers yet, or Cuckoos, and even Wheatears and Yellow Wagtails are only appearing in odd ones and twos. It is tempting to call it a late Spring as far as migrant birds go but it's normal these days for our birds to arrive a couple of weeks after the other side of The Swale.
What is apparent though is the fact that the annual rapid transformation from flooding to dry/rock hard ground is now well under way on the reserve. The last time I posted the view below several weeks ago, the dogs were having to swim across the gateway, today the water is little more than a puddle that will be gone completely in a week's time. 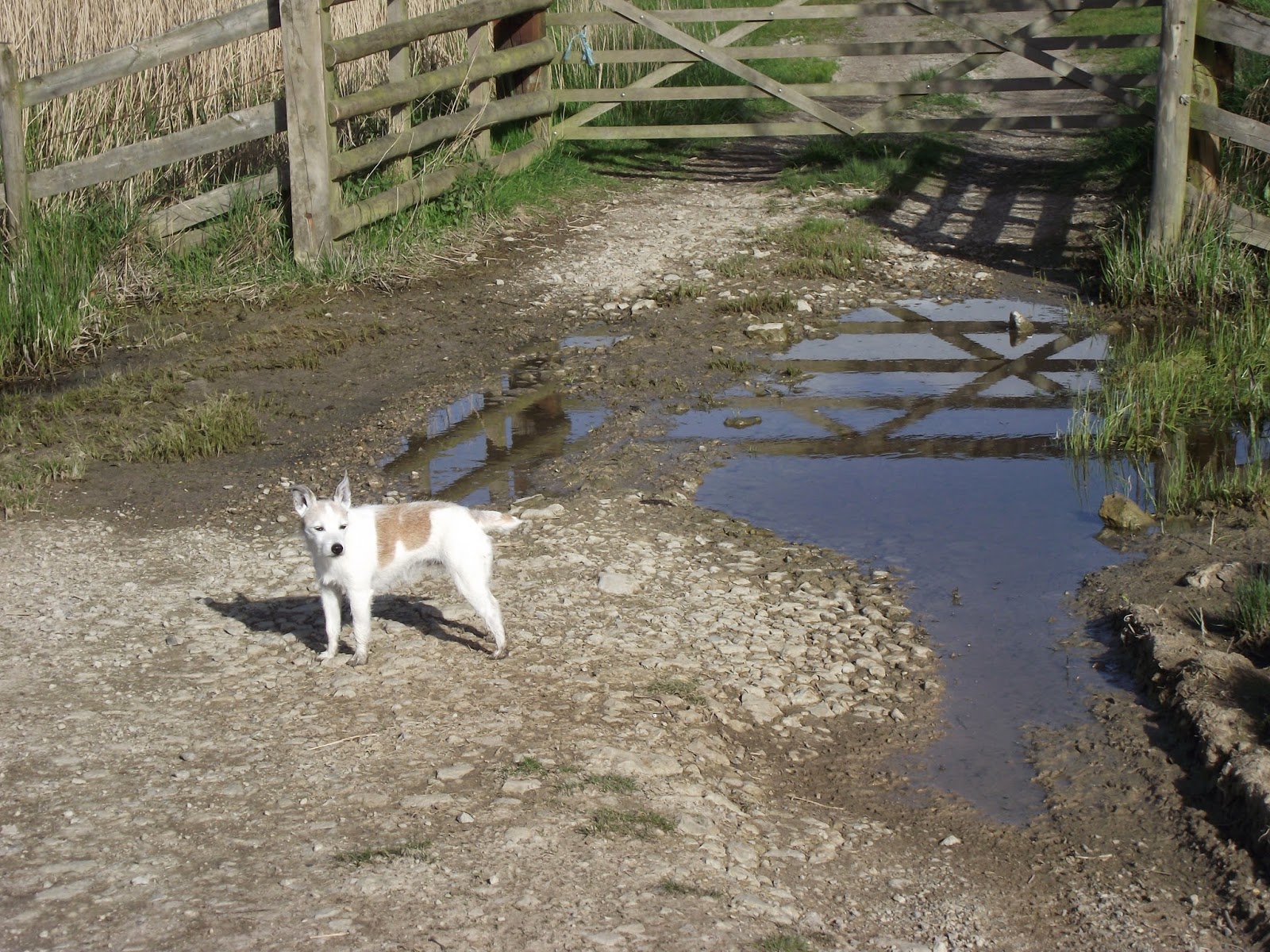 Alongside the gate, the willows and ditch alongside are also now showing the white tide marks that record the eventual height of the water during Jan/Feb. 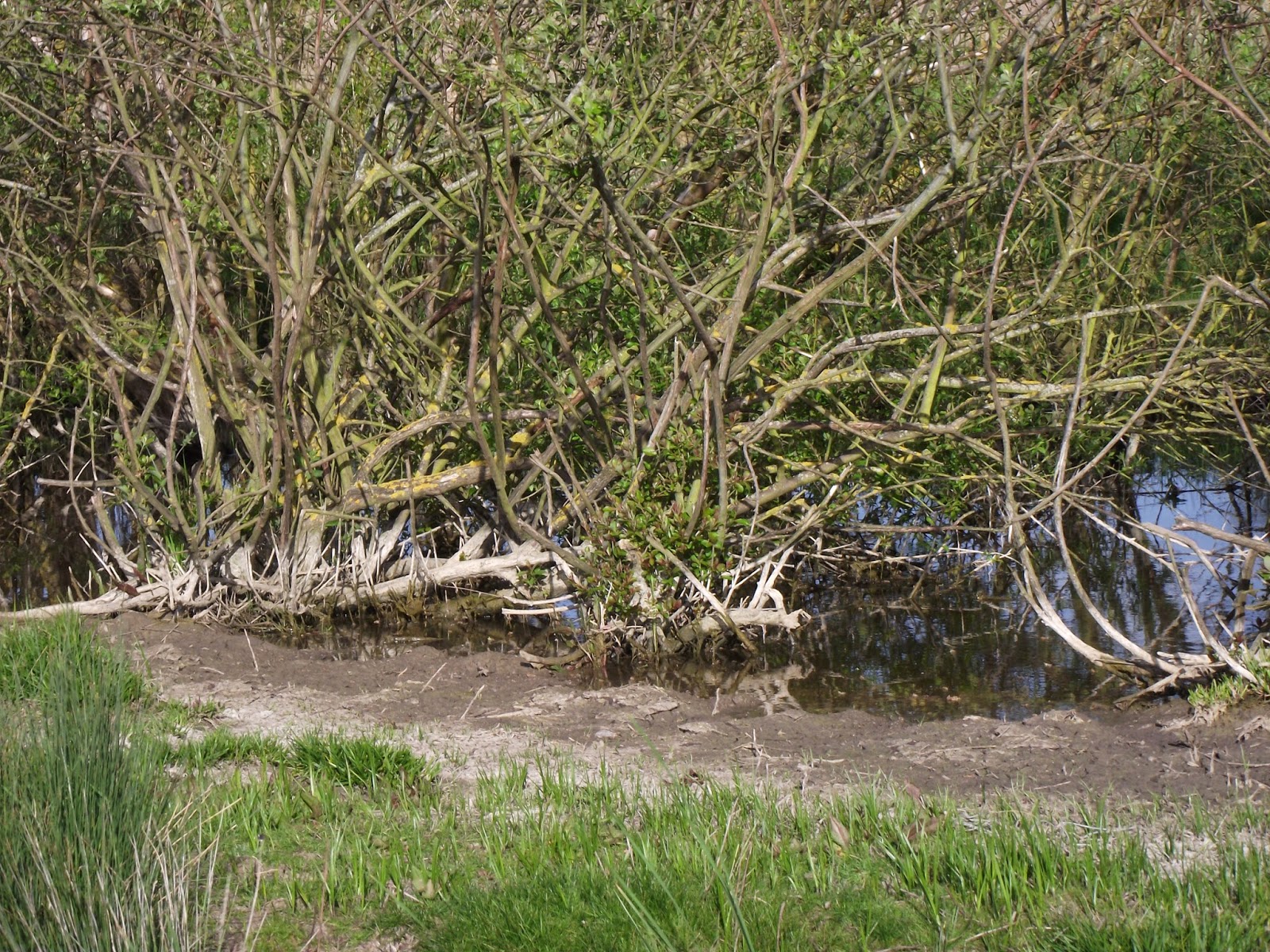 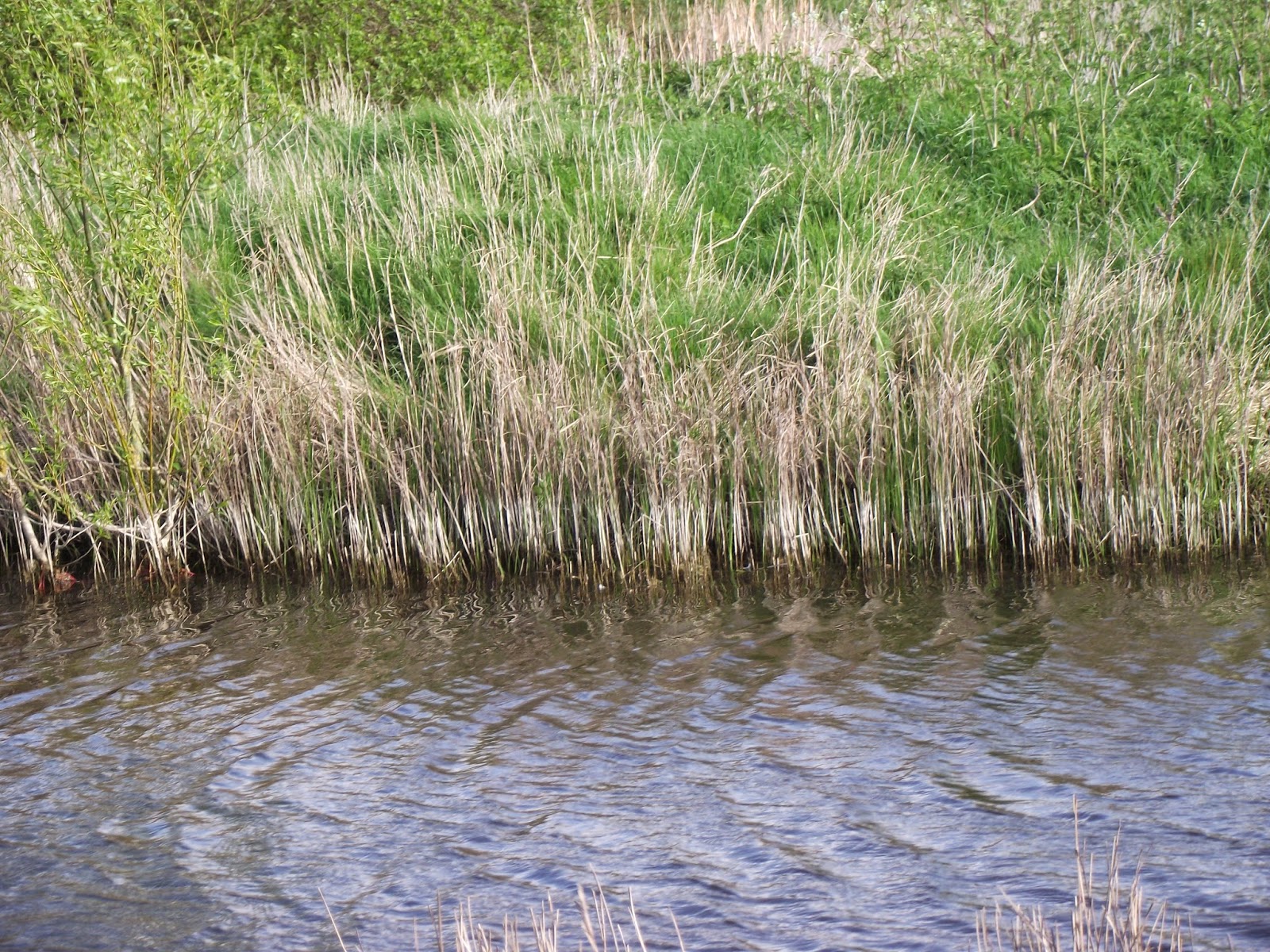 Below is the now dry and cracked bed of what until a month ago was a large flood area stretching out into the marsh, it never fails to amaze me how fast the marsh dries out each Spring, although after today's rain things might revert. 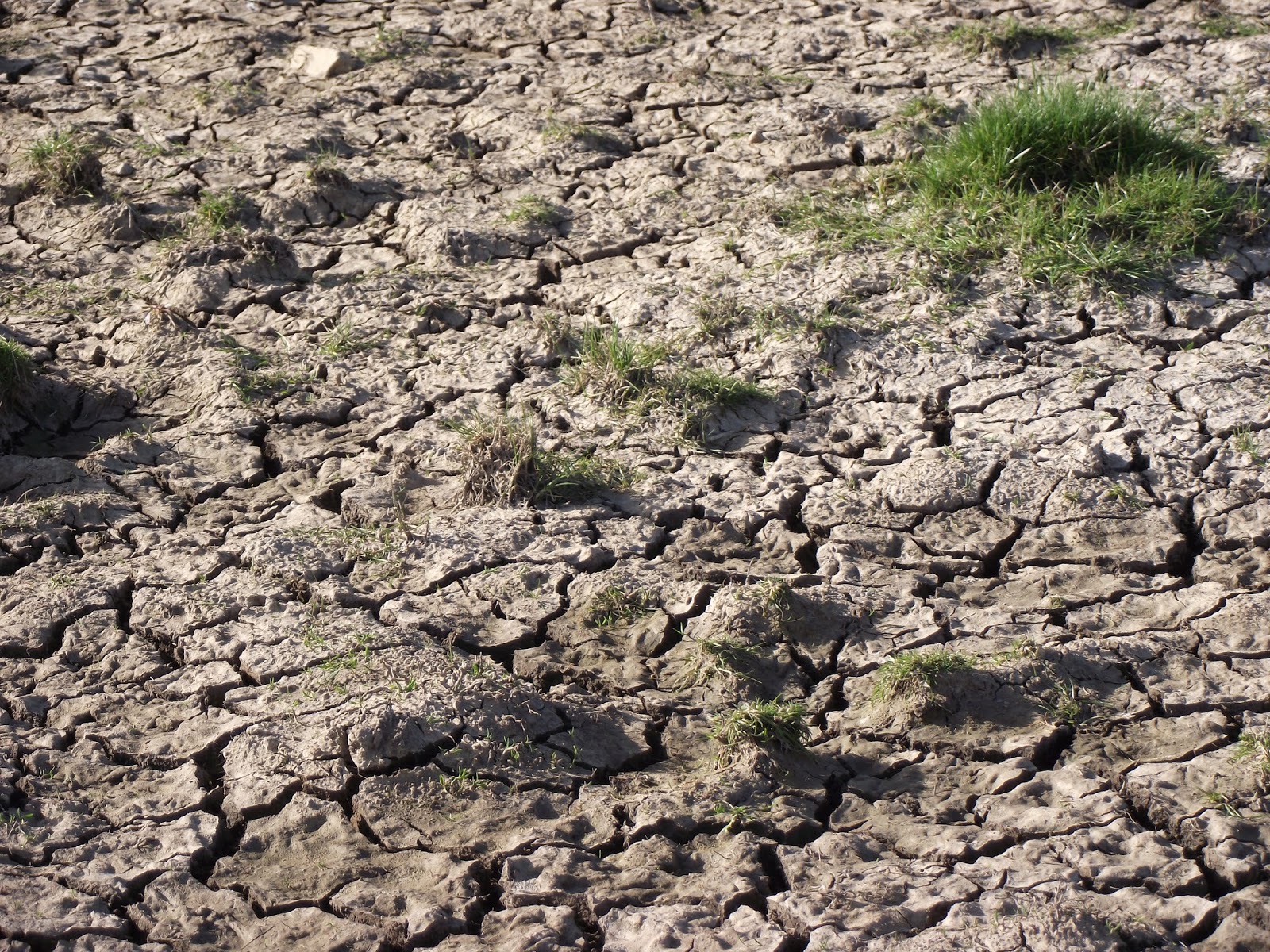 We're still maintaining some large areas of flood in the Flood Field though and around 90 Avocets, Gadwall, Teal, Shoveler, Black-headed Gulls and Med Gulls and several pairs of breeding Lapwings are favouring that area at present, it looks great. Avocets are remarkably good swimmers as the photo shows. 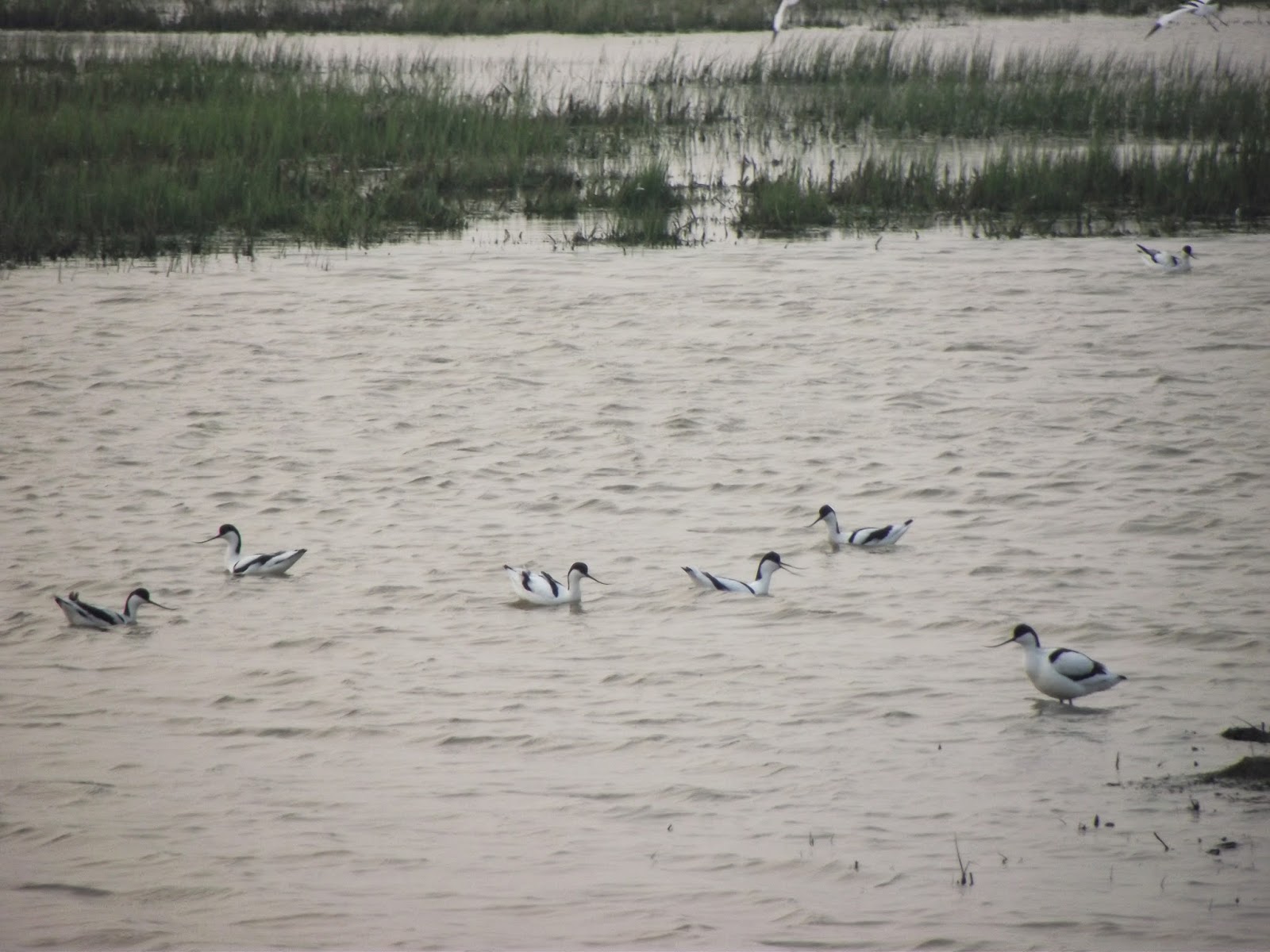 The downside is the ever increasing number of eaten eggs that are now being found around the reserve, we're battling hard to control the numbers of crows and magpies that are present but it's always an uphill struggle on most reserves. I get really angry after identifying new Lapwing or Avocet nests, only to find after a couple of days that their eggs have all been taken by the likes of corvids, foxes, hedgehogs and I show no sympathy at all to the first two species, they are far too numerous and destructive.

So far this Spring I have seen more grass snakes on the reserve than I have totalled over the last twenty-odd years, it's great to see so many and I wonder if that's the reason why the reserve's frog population seems to have dropped considerably recently.

The breeding list this year also looks like it's going to be devoid of a pair of Barn Owls for the first time in many years, one bird is still seen irregularly but the second bird disappeared during the winter, it's a big loss.

In summary, it's not the most exciting time on the reserve at the moment, we could definitely do with a sudden rush of migrants to spice things up.