Yesterday evening saw the last Harrier Roost Count of this winter and while my particular site on the Swale NNR came up with a blank, it was a real joy to be stood on the sea wall there experiencing a beautiful sunset and evening and the sense that Spring was almost upon us.
It was cloudy when I first arrived at 4.30 but then quickly cleared to leave blue skies and sunshine, great visibility and best of all, it wasn't cold. The reason for being there was to record any Hen Harriers going into roost on the saltings between the sea wall below and Shellness Hamlet in the distance. Hen Harriers have traditionally roosted there at night for at least the last thirty years but the days of 20-plus birds doing so are now long gone. However, for the last three weeks a pair had been seen there regularly in the late afternoons and so I was confident of at least two. The result however, despite staying until almost complete darkness, was none, perhaps, given the warm weather over the weekend they have begun trekking back north but it was disappointing. 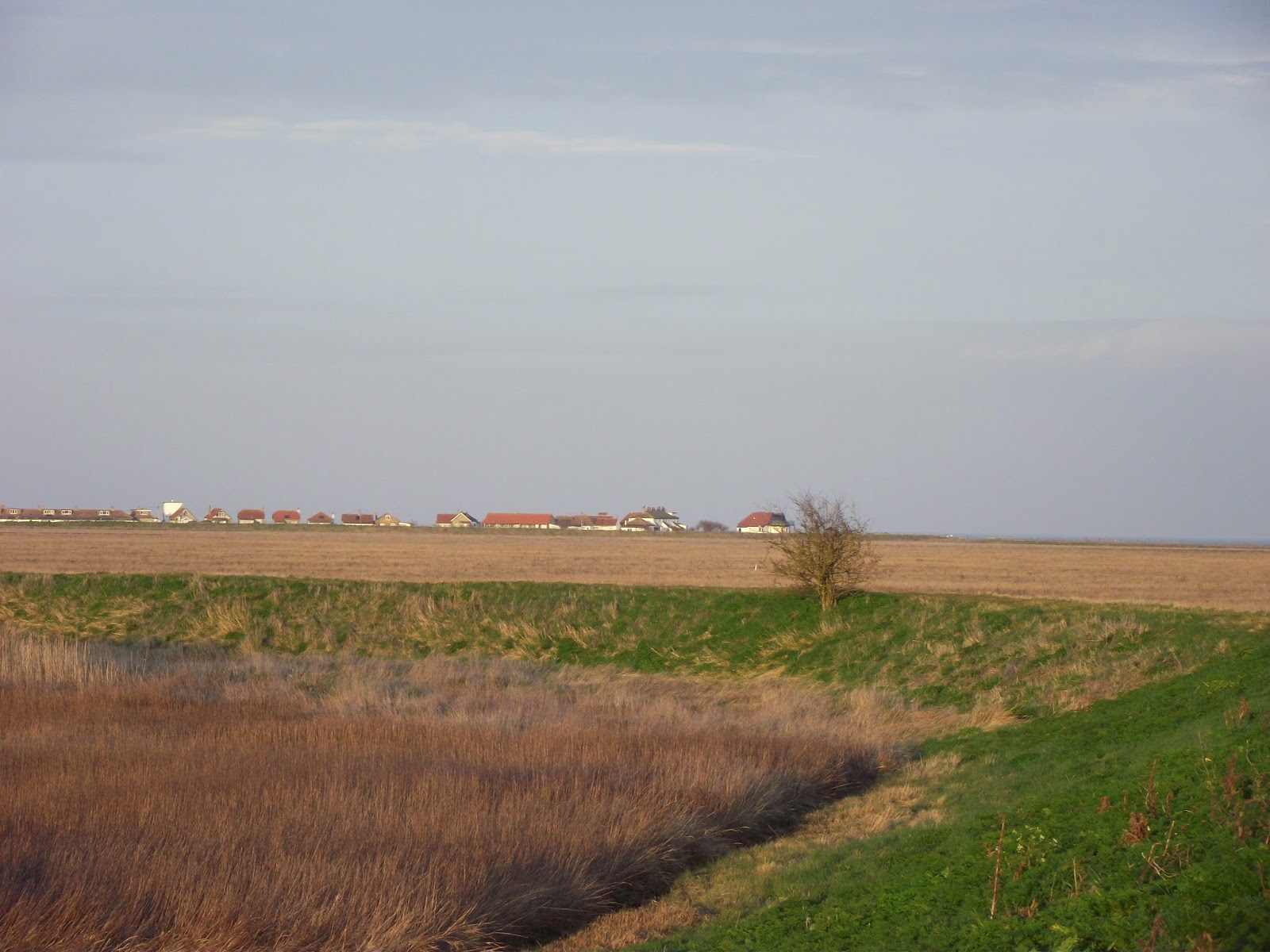 However, as the sun began to drop towards the horizon and the light gradually began to fade, it was a stunning place to be, with plenty of other birds to see and listen too, marshes can be magical places at the end of the day. I stood on the sea wall by the hide and watched The Flood and it's hundreds of varied waterfowl as they went about their business as the evening gloom gradually began to descend. Wigeon and Teal were forever giving their whistling calls, Coots noisily squabbled as some began to pair off and defend their mates, and some Lapwings were even carrying out their lovely "peewitting" courtship displays. Sounds are really what the marshes are about as the gloom descends, it's haunting, beautiful, Dickensian and what my life as a countryman has always been about, good old North Kent marshes. 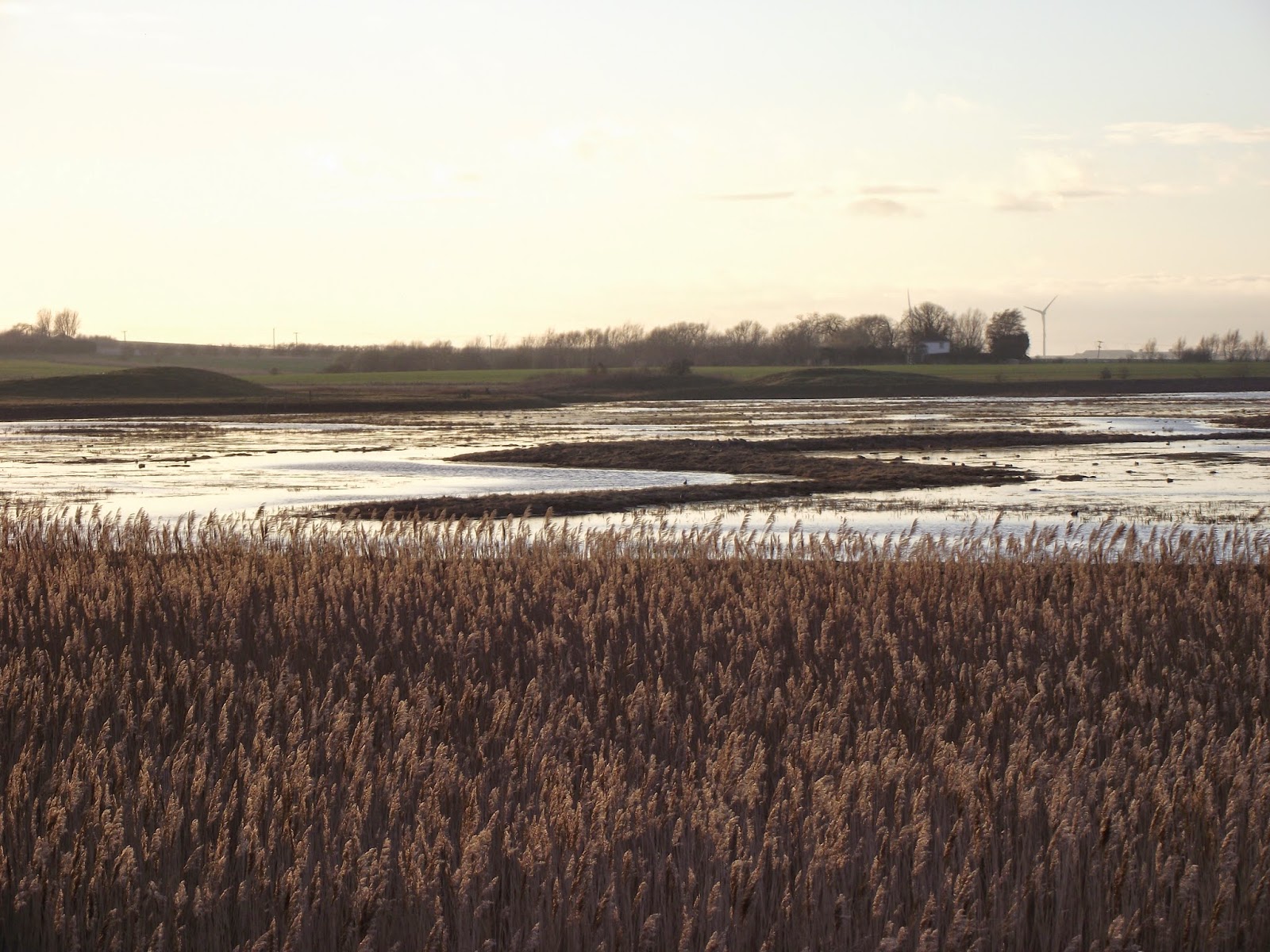 The pictures don't really do justice to the particular time of day, the stillness, the bird sounds and the tranquility but if you click on one, they all do tend to come up better. 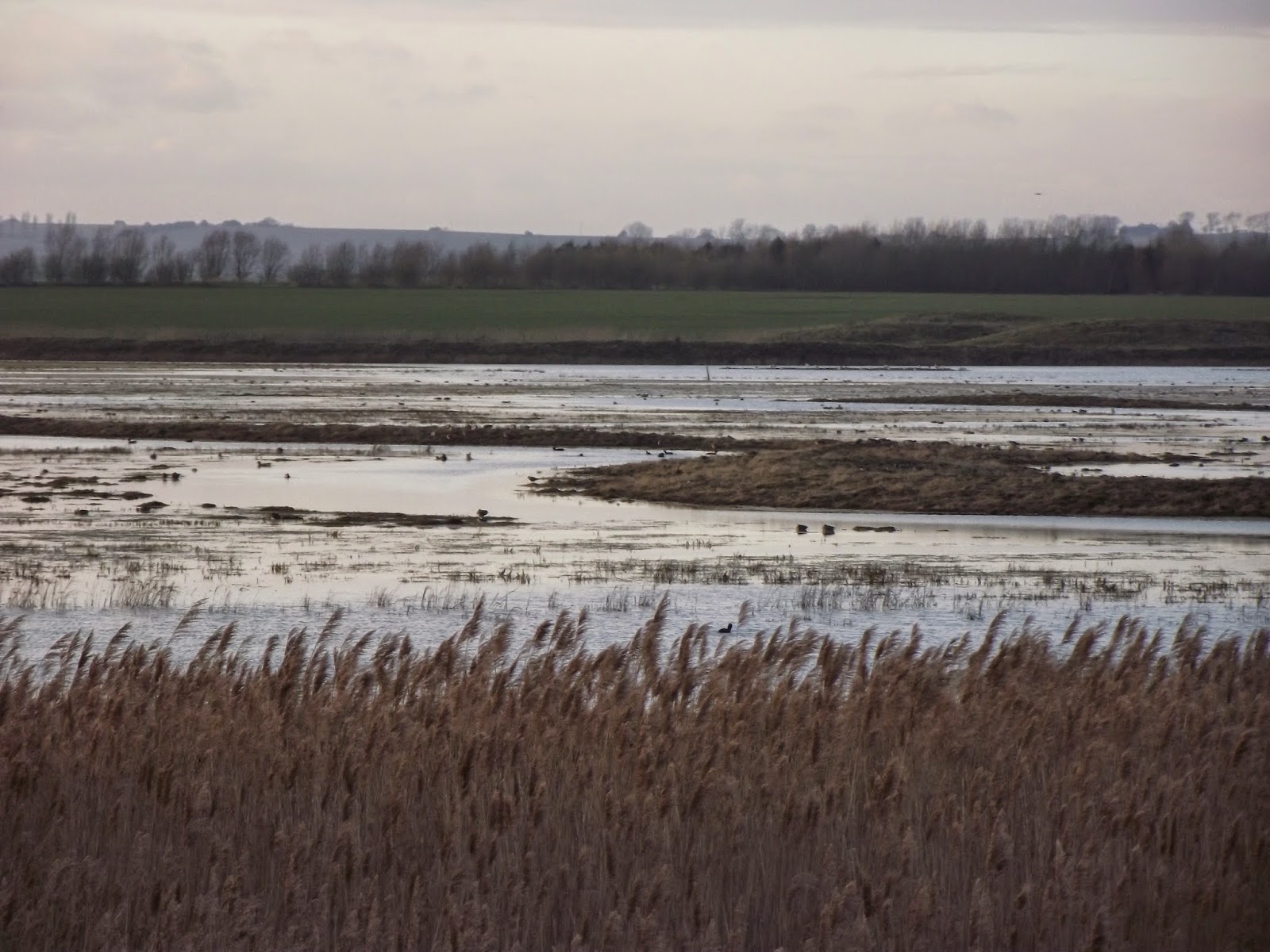 Here the setting sun had briefly gone behind a cloud.... 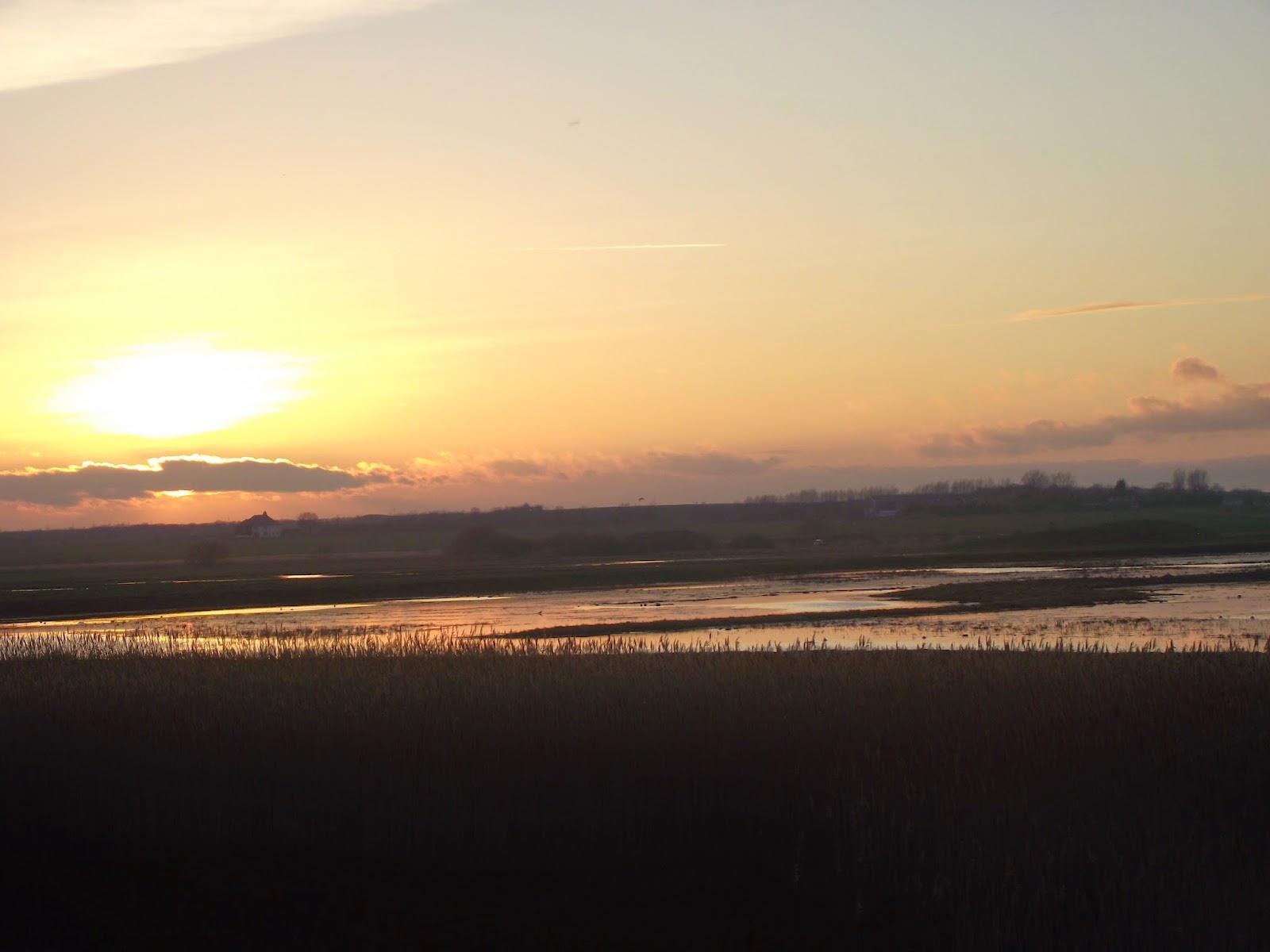 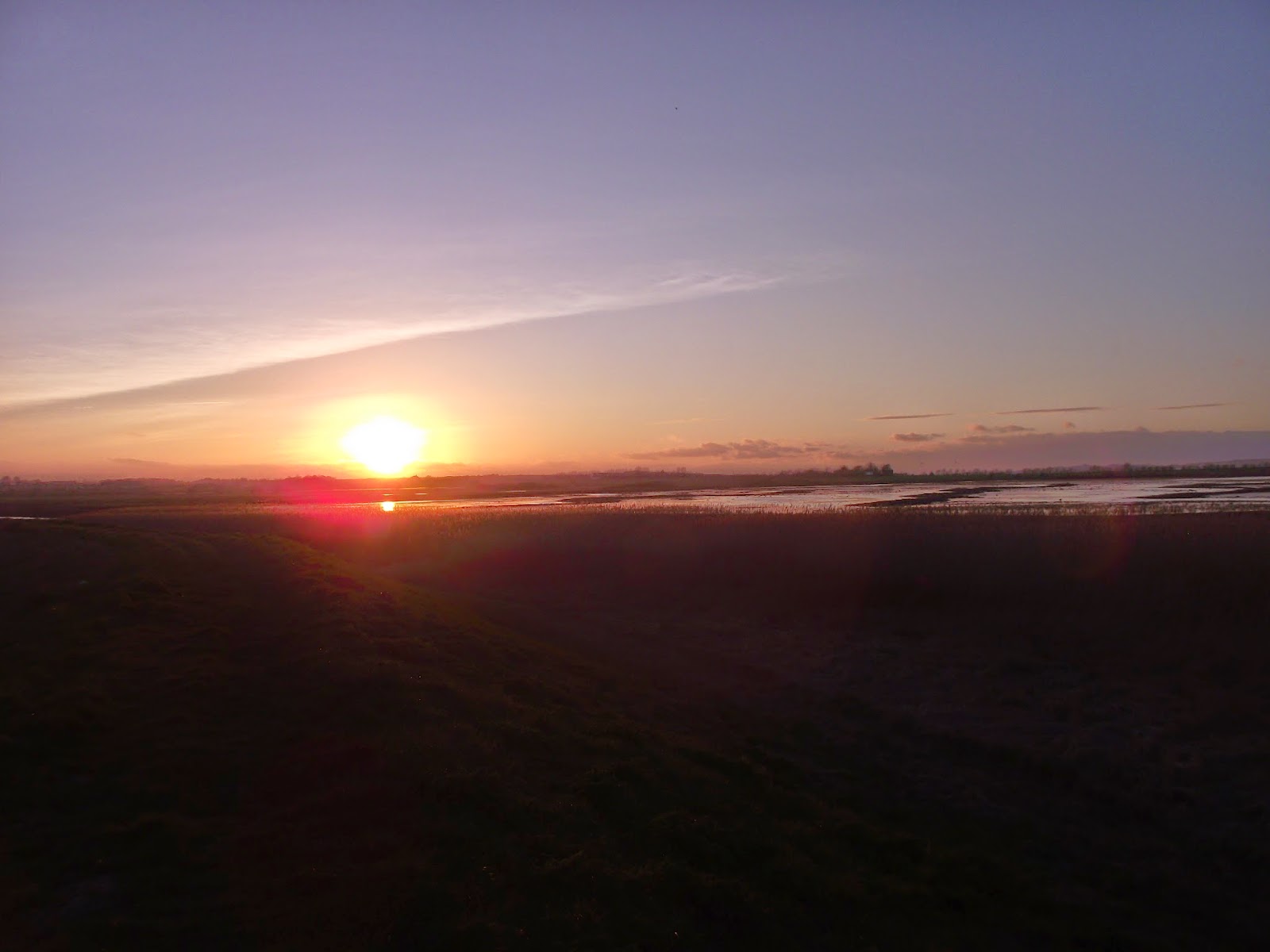 to leave behind that mellowness that comes before the dark and the final, last walk back across the marsh, which is now drying out at quite a fast rate in the sun and the wind. 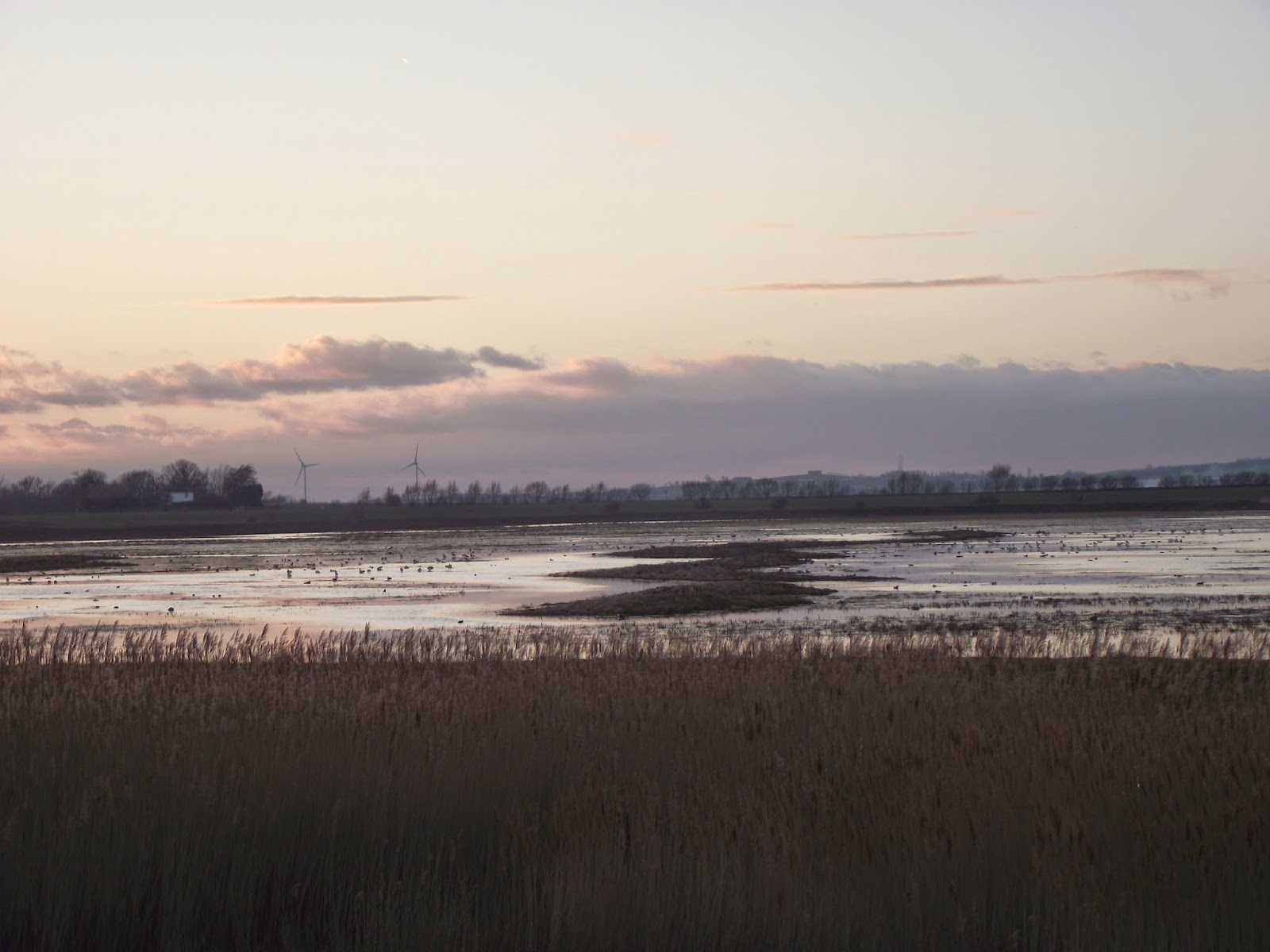 But as I did, the evening was made complete as the beautiful calls of White-fronted Geese came closer in the gloom and 40 quickly circled The Flood before dropping in for the night - I was at peace with the world. 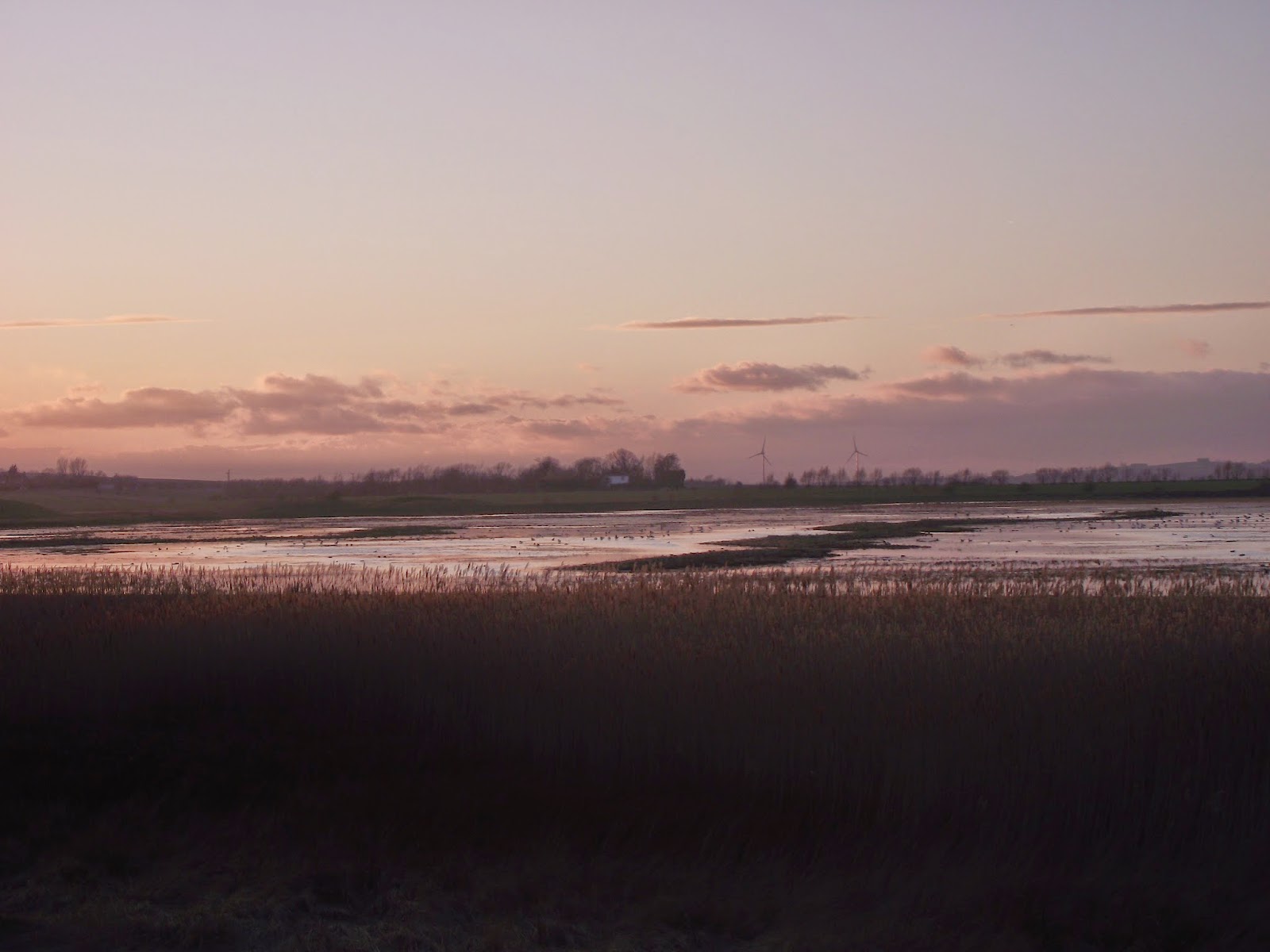