The last three early mornings on the reserve has seen beautiful sunny starts with bright sun quickly warming the temperatures, and with Lapwing courting displays going on everywhere the reserve has had a real Springtime feel about it. Yet with summer migrants still to appear it has been the arrival a few days ago of a large flock of winter birds that has stirred the heart strings.
Walking round the reserve's boundary fence three days ago I could hear a large number of White-fronted Geese calling in the field of winter corn just over the fence. The first day there were around 290 but by yesterday early morning a more accurate count of the large flock brought their number up to 330 Whitefronts and a few hundred Brent Geese.
The photos are improved by clicking on one and they all come up a tad better.

These first two photos shows some of the birds spread out across the wheat field as I began to approach from several hundred yards away. 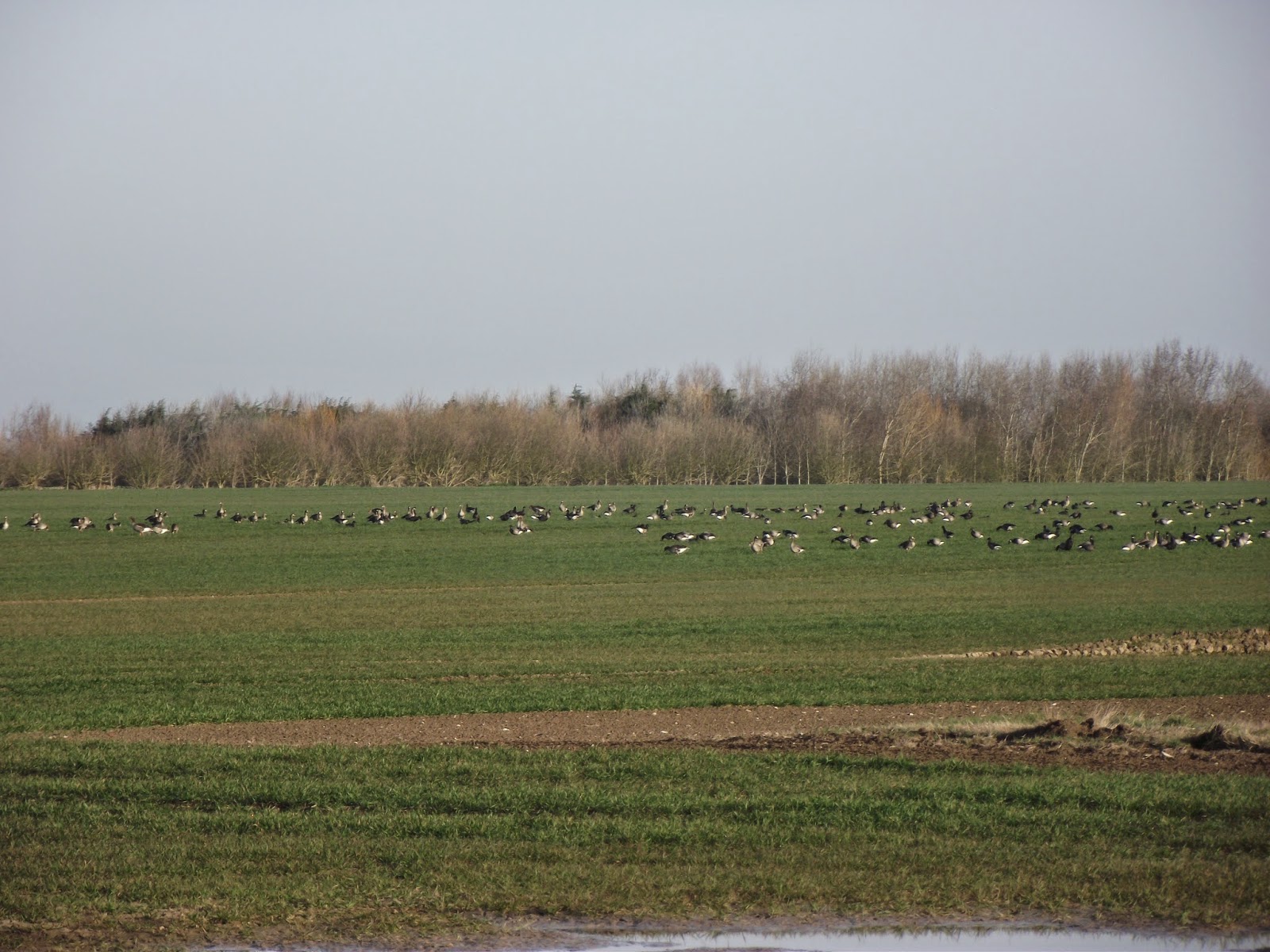 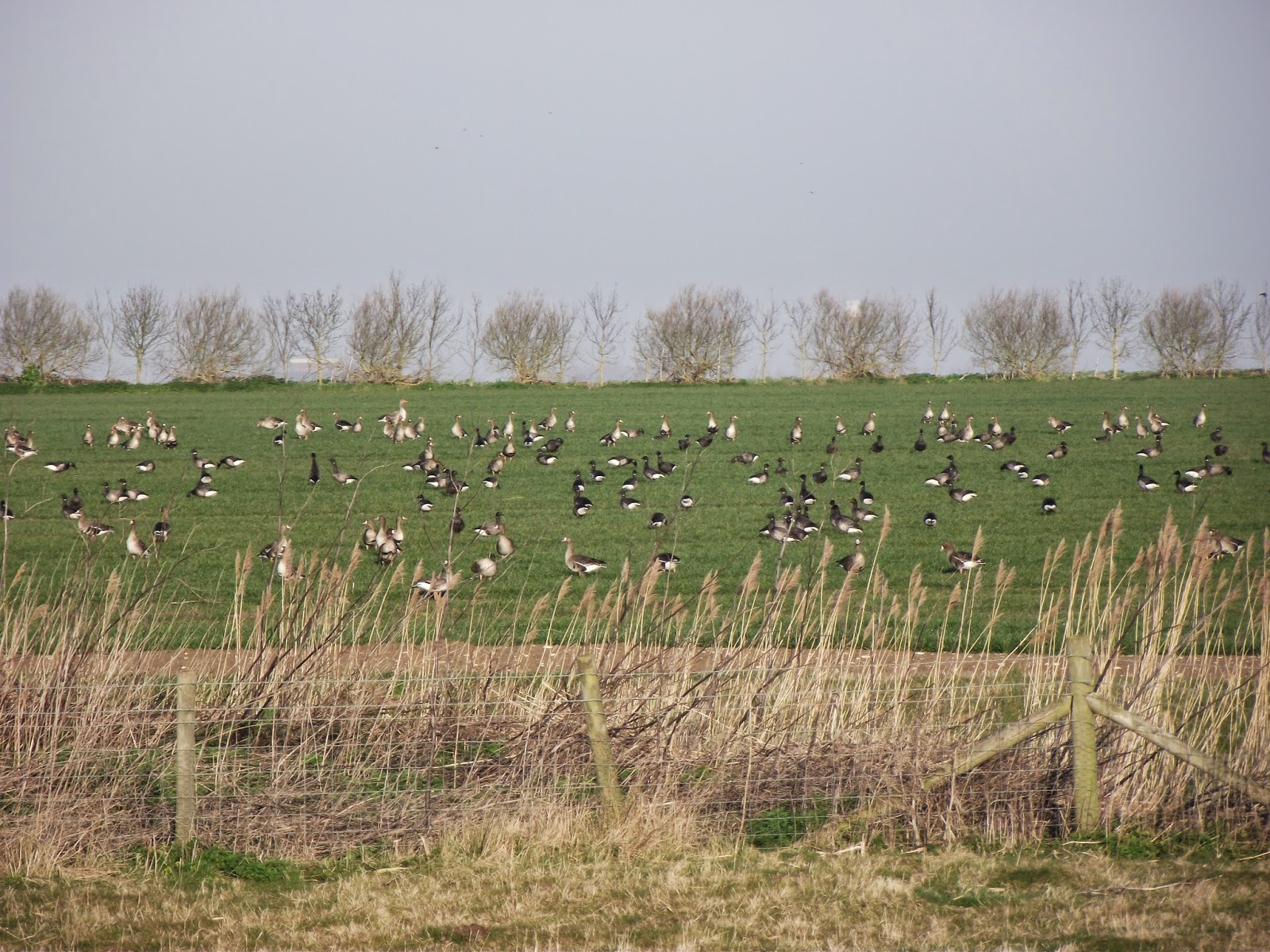 I was wary of getting too close as the Whitefronts can be easily spooked into flight but these were the closest birds with some Brent Geese further back, you can see how they were watching me. 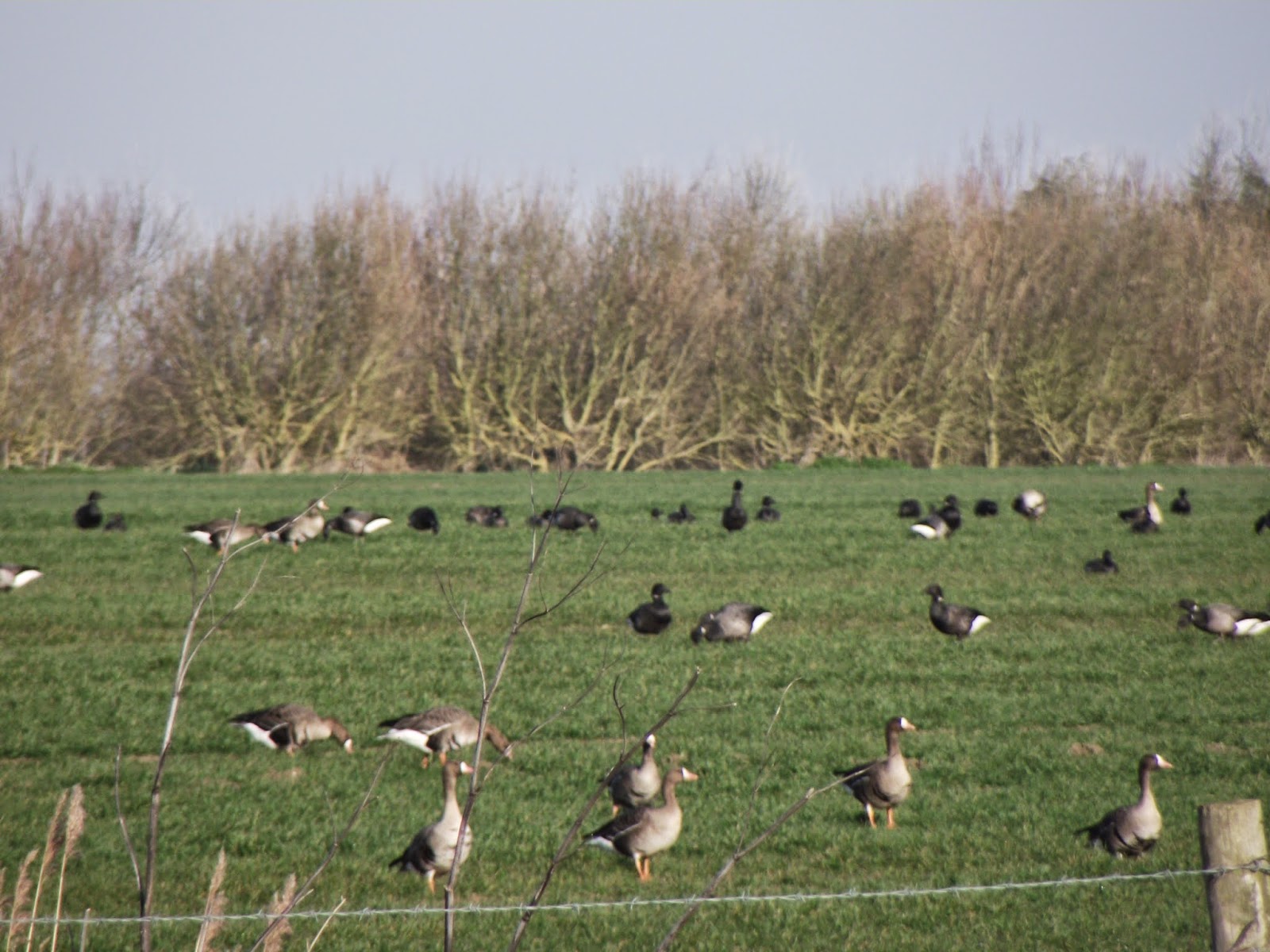 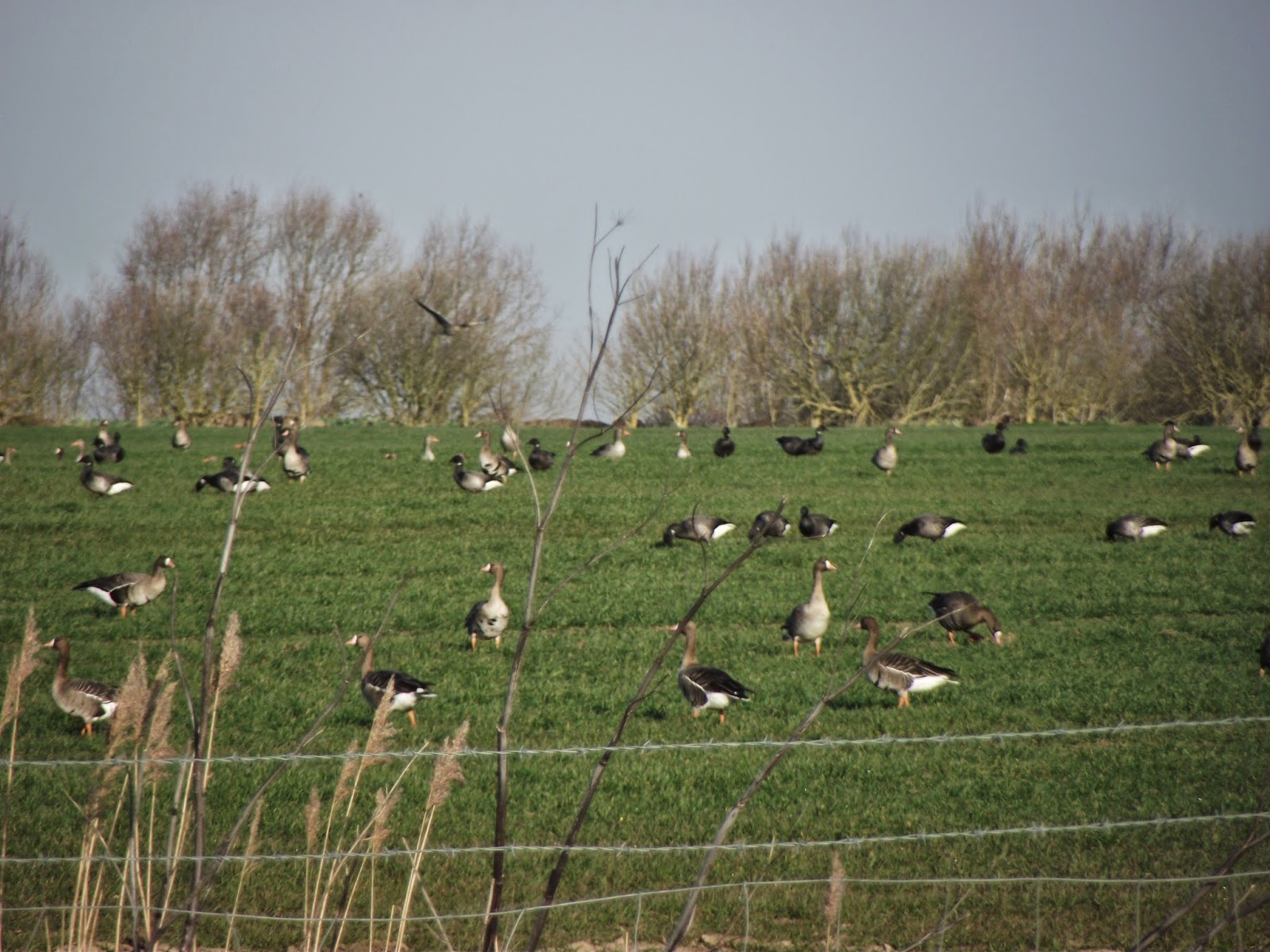 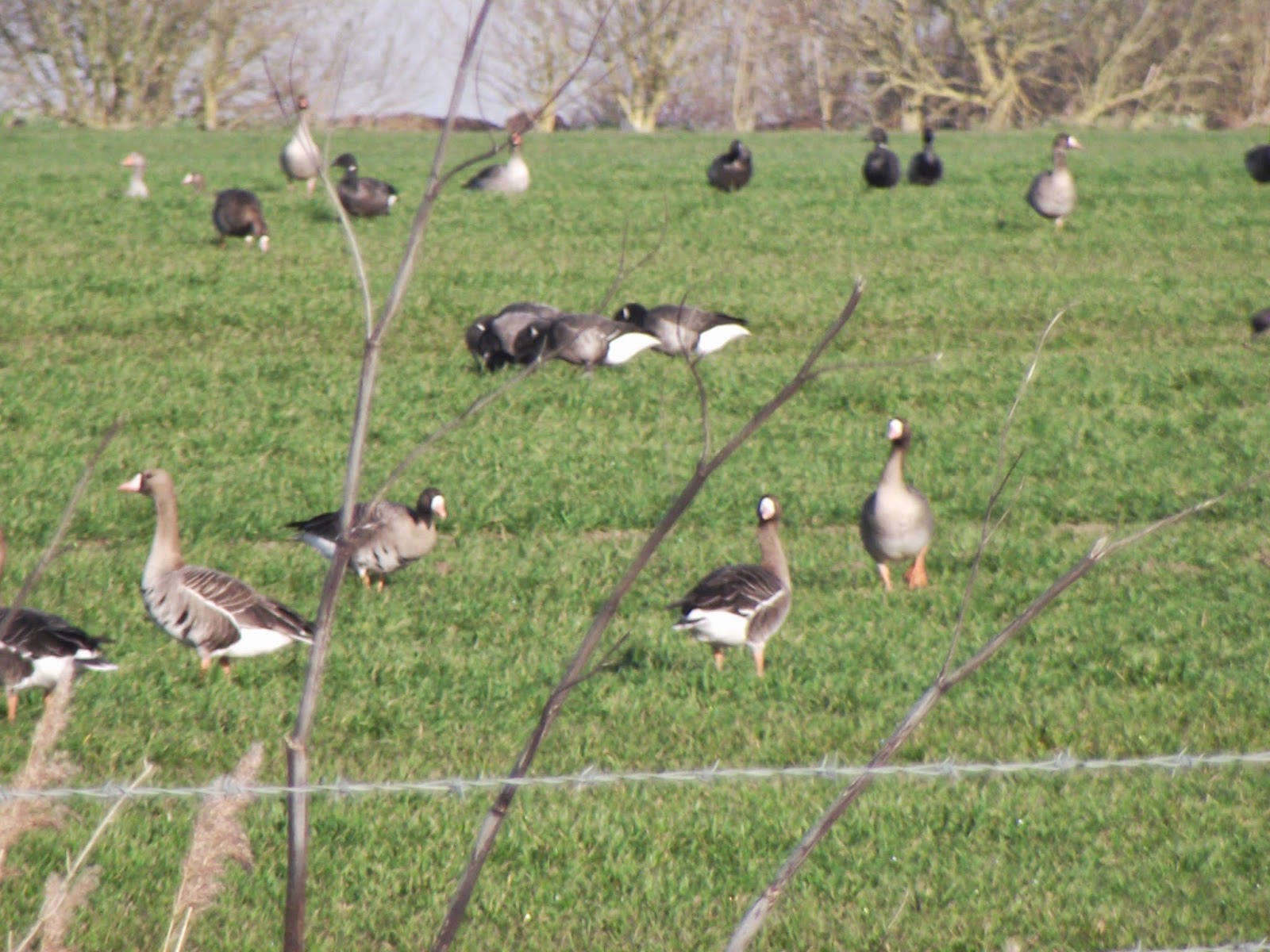 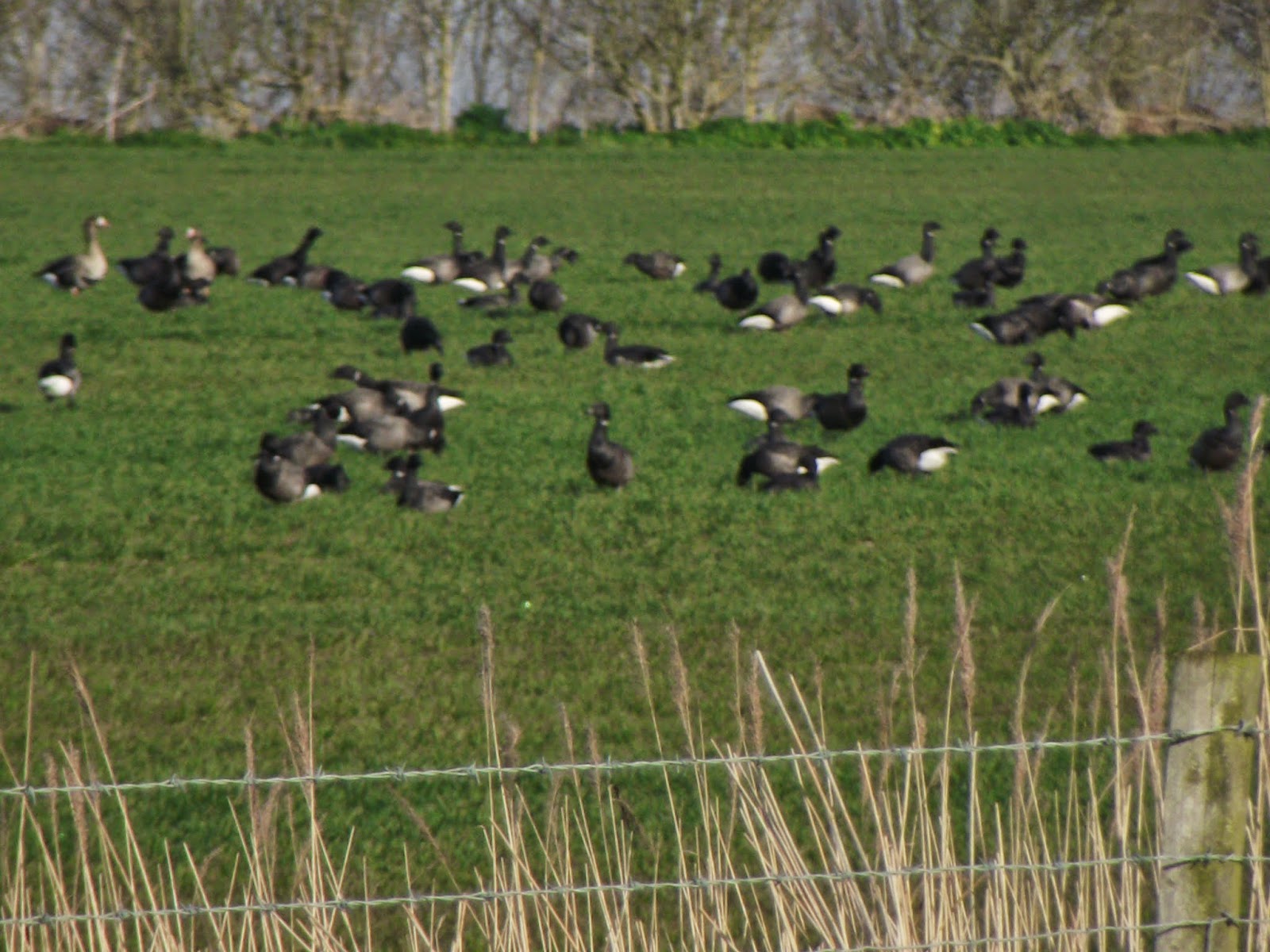 A little later, after I had walked further round the reserve, the whole mixed flock rose into the air and circled round me before dropping into The Flood for a wash and brush up. The combined calls from the two species was quite spectacular, especially those of the Whitefronts, anybody who spends their life on the marshes will know how wonderful and haunting those wild goose calls are - real magic! 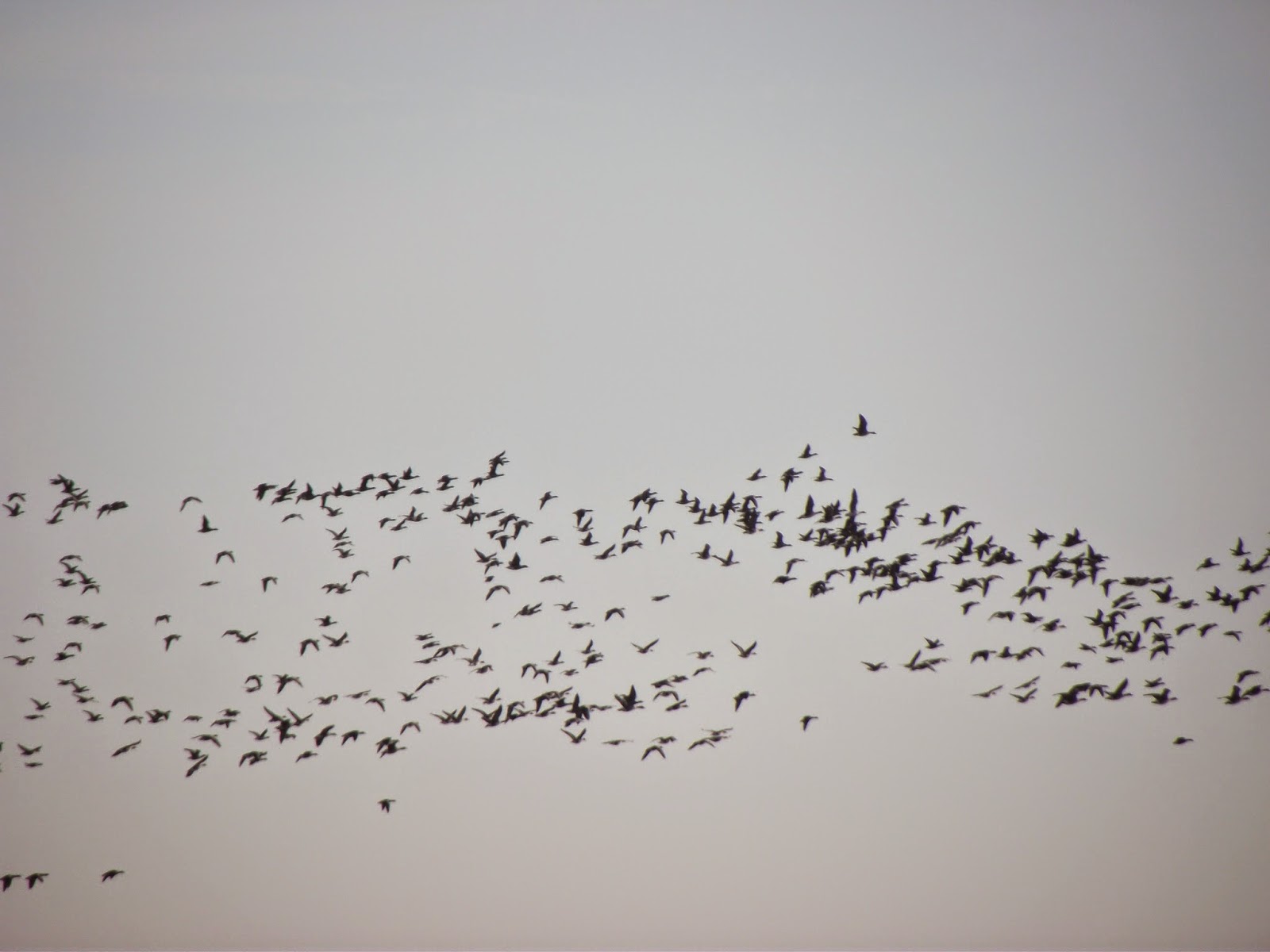