I was surprised this morning to see that it's a month since I lasted posted but to be honest, I've struggled to find something new to blog about, bird numbers on the reserve still remain constantly low and inspiration seems to be passing me by.
However an inspiring few hours did occur on Friday evening when my friend and I made our regular trip to London to see Bob Dylan and his excellent band at the Royal Albert Hall for his standard bi-annual visit to the big city on his Never Ending Tour. A five night stay and sold out every night, the old boy still pulls them in. We've seen him so many times since the first time, ironically at the RAH in 1966, and yet this year, aged 74, he was incredibly better than he's been for years - just can't wait for the 2017 visit, it'll be my 70th birthday treat.

So, back to the reserve and this morning, with the clocks going back an hour overnight, I didn't have to pace around indoors waiting for daylight to arrive, I was out there at 06.15 just as dawn broke. It was beautiful and with clear blue skies, the sun eventually rose behind Whitstable and I had the whole place to myself, joy. 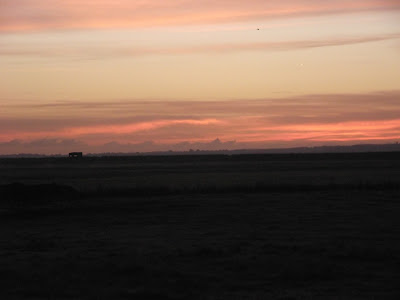 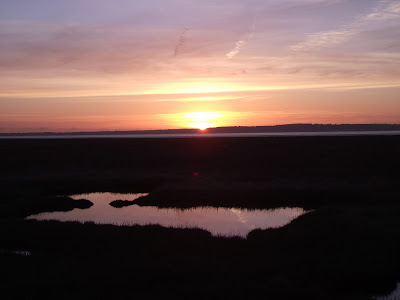 Here you can see the girls on top the sea wall with the first rays of the sun beginning to reflect off of them. Poor old Midge in the foreground will be thirteen on Boxing Day, she is still fully active but stiffens up a lot after every walk, it's hard to accept now that we're going into the final few years together. I say we, because for the time with a dog and at 68, I'm starting to find I suffer pretty much in the same way after most of the walks through the wet and the mud out there. 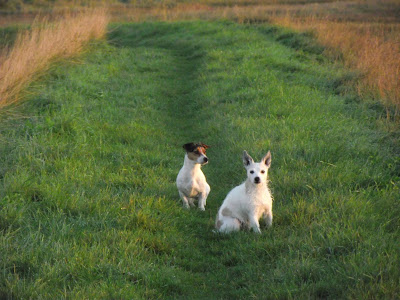 This photo of the "S bend ditch", which is basically a fleet and which meanders it's way for a quarter of a mile to the sea wall, illustrates how empty of wildfowl it is, there was nothing along it's whole length. One of the best counts of ducks that we've had this spell so far is 60-70 Mallard, pretty pathetic really. 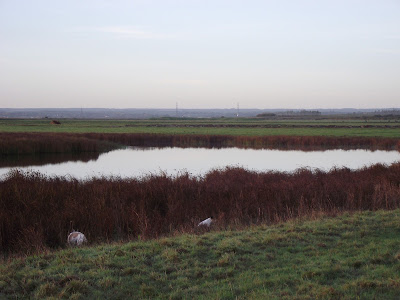 However Short-eared Owls are appearing most days down at the Shellness saltings with 2-3 reported almost daily during the late afternoon/early evening. And this morning I had my first Hen Harrier of this winter as an adult ring-tail sped across The Flood in a westerly direction, so a trickle of interest is beginning to appear.
Lastly, it's a real pain that people can't be bothered to take home their litter when using the Sea Wall hide, presumably they assume that we do it for them. 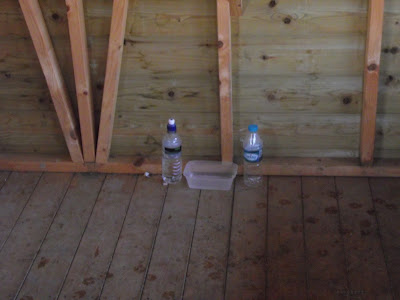