I'm down at my partner's house in beautiful Surrey this weekend, so a change in scenery, though just as wet, where isn't at the moment!
We were hoping to buy plants and manure,etc. today and get stuff planted in her garden before tomorrow's very wet day that is forecast. Unfortunately garden centers are not allowed to be open on Easter Sunday for some reason that mystifies me and  so we decided to get out in the cold and wet countryside and enjoy that as best as we could.
Below is the River Broadwater, which was in full flood and flowing very fast. 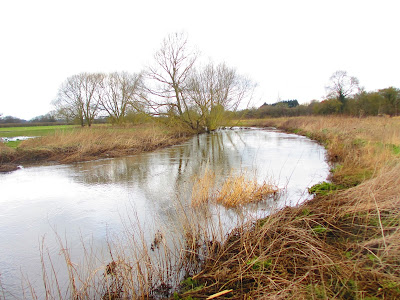 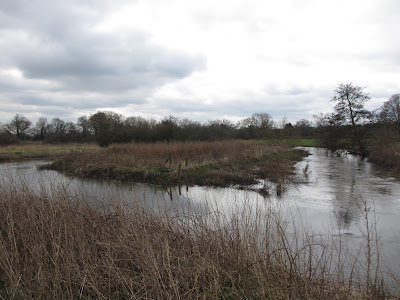 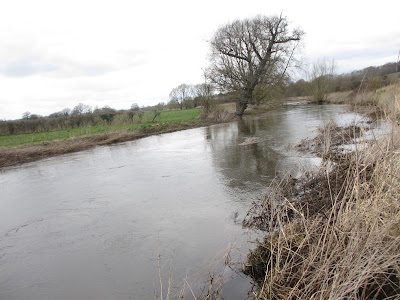 In several places it had begun to flood over into the adjacent water meadows. 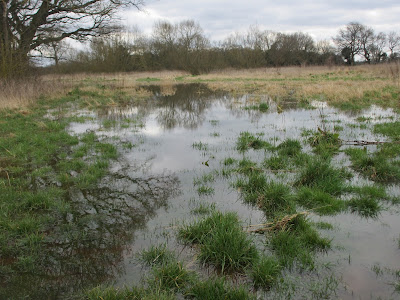 What did amuse us was the fact that snails alongside the river had climbed the dead vegetation in big numbers to make sure that they escaped the flood waters. 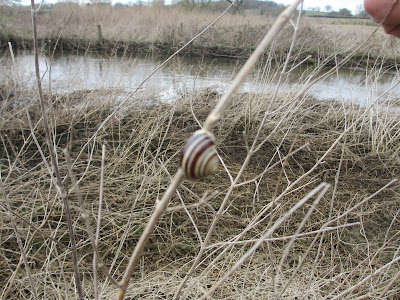 Further back along the River Blackwater, there is a ford which at times like today, becomes impassable for cars and means a lengthy trip round the lanes to rejoin the other side. 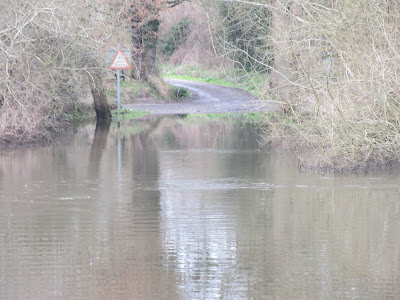 Further along one lane we came across a bridge across the River Whitewater with unusually, a county boundary right in the middle of it - Berkshire to the left and Hampshire to the right. 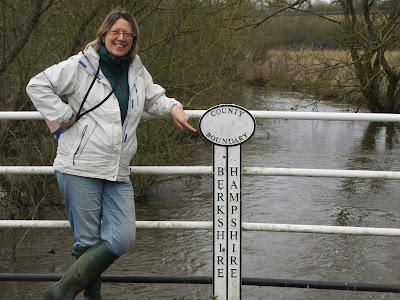 Looking back into Hampshire. 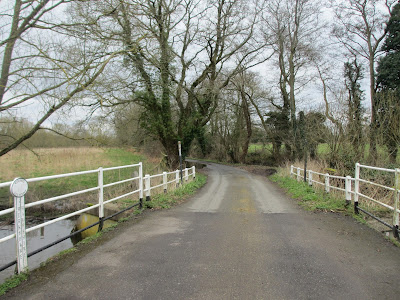 Finally, one of the river's residents, a Grey Wagtail. 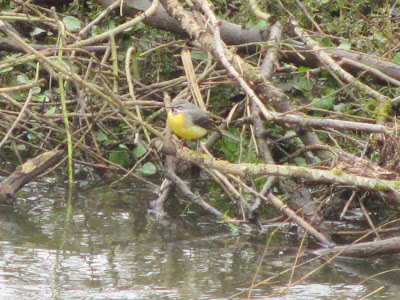