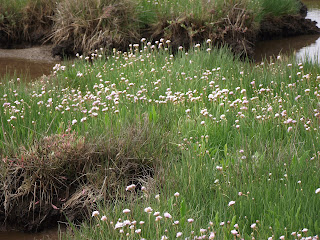 Well as I write this, late afternoon today, the sky has become gloomily grey, the wind has picked up and its turning cooler - our brief flirtation with high summer appears to be ending. Yet despite the appalling April and May that we had, one or two blogs that I have read in the last couple of days has seen the writer complaining about the fact that he has had to dive into the shade to get out of the hot sun and how it has reduced the number of birds able to be seen or heard. Some people really do seem to take their need to see birds every hour of every day of every week to ridiculous levels of obsession.
Another subject that I have noticed on other blogs is the high number of Odonata that are being seen at some sites recently and yet on The Swale NNR so far, there have been none, which is really unusual. Also on the reserve, the breeding season is gradually beginning to come to an end and so far, apart from one brood of Greylag Geese goslings, I haven't seen any other wildfowl young so far, last year's poor results seem to be repeating themselves.
So it's simply a matter of alternative subjects and for the second post going I have captured some more wild flowers from the area, starting above with another shot of the Thrift on the saltings. (As always, the photos are improved by double clicking on the mouse)
Below, is Bittersweet, climbing up the railings of a gateway. 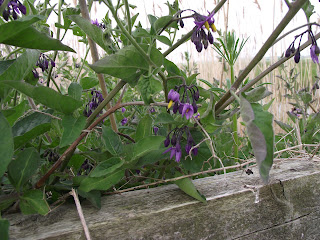 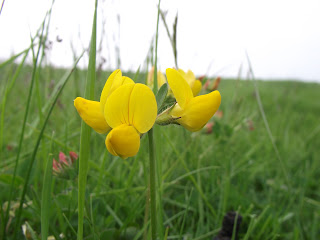 And then, while taking the above, I stumbled on this first egg in a Redshank's nest. 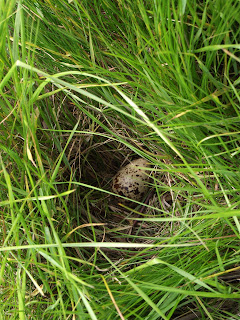 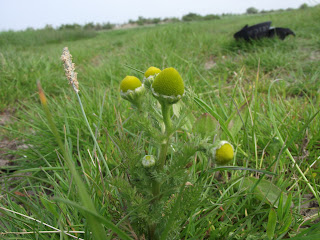 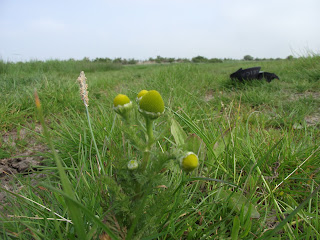 This slim and delicate flower is Water Plantain. It grows in just one ditch on the reserve. 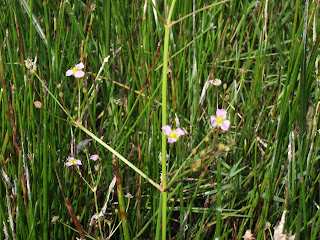 This is another slim and delicate flower, with normally just one or two flowers per stem, the Grass Vetchling. It is often overlooked, growing amongst the long grass. 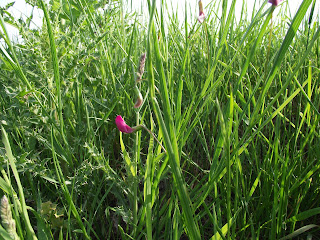 Another shot of Bird's Foot Trefoil. 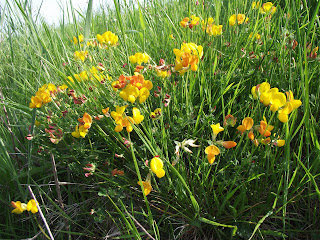 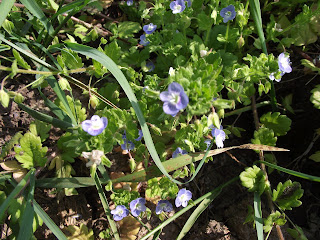 This one most people should know - Ox-eye Daisy 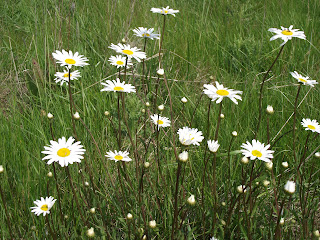 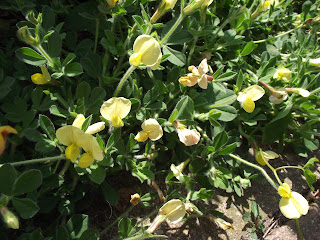 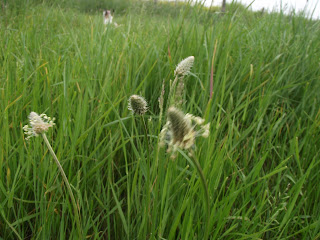 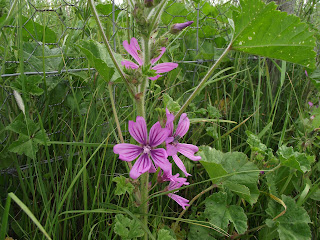 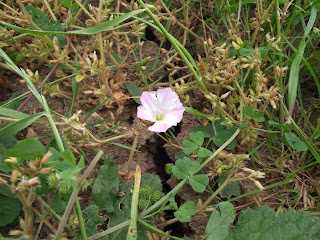