I was interested this week to read in the Shooting Times, that after a four year legal battle, the High Court have granted a gamekeeper the right to control buzzards in order to stop them causing a high degree of predation of his pheasant poults.
His initial application four years ago to Natural England for a licence to carry out controls (live-trapping) was turned down and with financial support from the National Gamekeepers Organisation, he has been fighting that decision ever since. In overturning NE's refusal of a licence the High Court concluded that NE has taken public opinion into account, which was unlawful when judging a wildlife licence application. This was despite NE's experts accepting that the buzzards were heavily predating the pheasants and that every effort had been made to dissuade them from doing so.
One has to hope that by being found guilty of taking an unlawful approach to a licence application that NE haven't now left us with the possibility of a flood of similar applications from numerous game shooting interests - to protect birds that are simply bred by the millions to be shot!

Moving on and this morning at dawn (06.30) I was on the reserve in near freezing conditions to enjoy watching the dawn sky light up and to see if any wildfowlers were about. The answer to the latter was none but below you can see the dawn sky over at the mainland just beginning to brighten as I arrived. 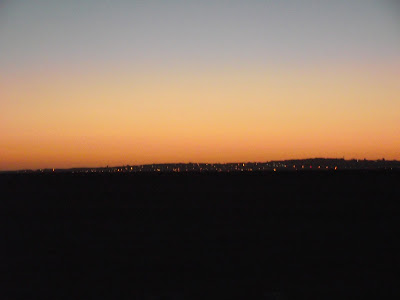 Once brightness had arrived I took this photo across the reserve's saltings, out towards The Swale and the background mainland. 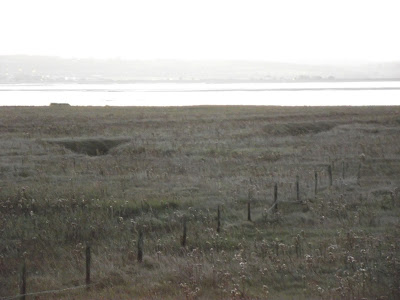 Here the wind pump that keeps one corner of the reserve well waterlogged is silhouetted against the first appearance of the rising sun. 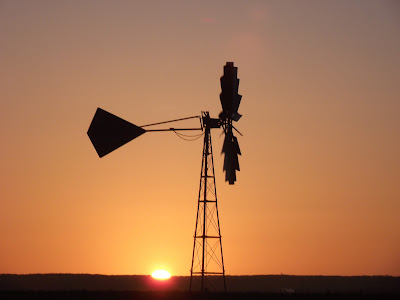 And with the sun behind me you can just see the full moon fast fading away above the middle bush. 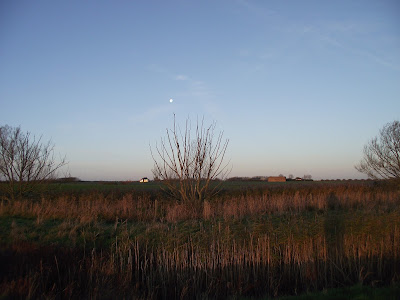 The flat marsh looking back south west towards the wind pump. 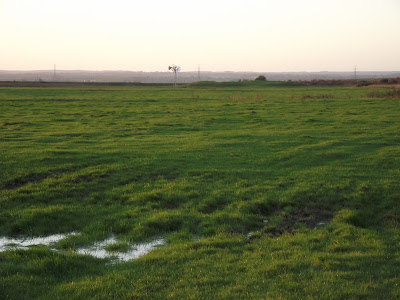 And eastwards to the sea wall hide - a pretty exposed and tree-less habitat that I walk every day, no shelter here when the bitter winds blow.

The reserve's barn being warmed by the first rays of the dawn sunshine, with the dogs heading back towards my car. 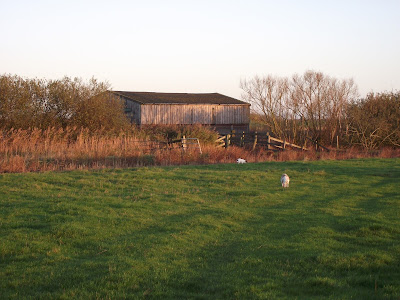 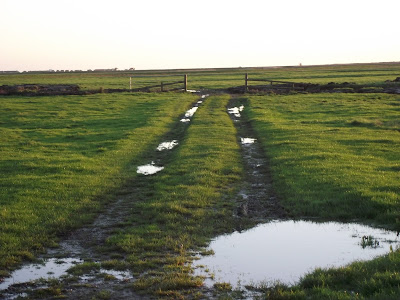 Farmland behind the reserve - Elliotts Farm. 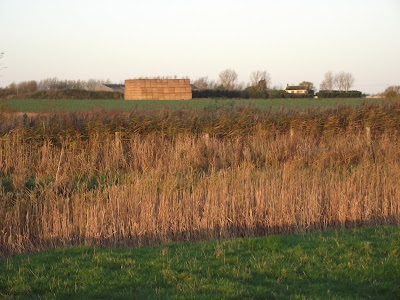 With ditches winding there away for long distances across the marsh, short cuts are necessary, one of several is shown below. Crossing these when the ditch water has covered them by several inches can be tricky! 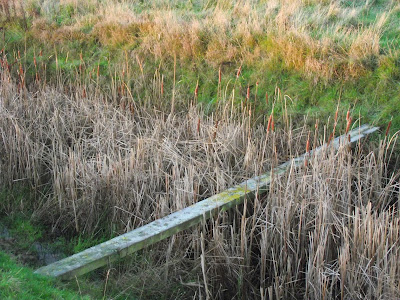 Finally, my little pest controller Ellie, insisted on getting in on the photo call. 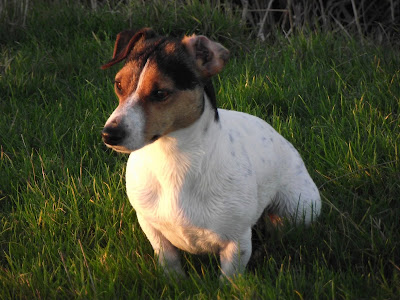