February, what an awful month it is, I always consider it to be the last month of my year. Wouldn't it be nice if we could re-position the New Year and make it the 1st March instead of the 1st January. March is the month when everything is re-born - lambs and Spring flowers appear, trees burst into leaf and blossom, summer migrants begin arriving from the South. That is the logical start of the New Year, not halfway through the winter!
February is a grotty, in-between month when at times, Spring seems further away than it did in January, when one warm and sunny day can be followed by snow and ice. 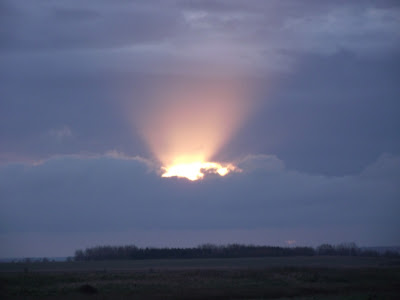 I had high hopes for BBC Countryfile becoming an actual, proper, countryside programme last night
when it was announced that it would feature the training of young gamekeepers. After watching it, it was clear that it was little more than a nod towards people like myself who regularly criticise the programme's lack of proper countryside pursuits and issues. Apart from a few trainees firing shotguns at clays and another firing at an imitation deer target, the only other highlight was the covering of hazel stumps with brushwood sticks. The feature was a perfect opportunity for the BBC to feature the trainees learning pest control methods such as trapping and shooting, etc., and currents attacks on gamekeepering practises on the moors, but no, clearly subjects far to strong and controversial for the BBC and it's soft-hearted audience. Amusingly, it came on the same day that some of the Countryside presenting team were featured in the Sunday Mail colour supplement taking part in a glamour fashion shoot with not a pair of wellies or a Barbour coat to be seen, just posh frocks and shirts and claims that they do feature controversial subjects. Bring back Jack Hargreaves!

Despite the sun and blue skies on the reserve early this morning, it was bitterly cold in the moderate and rare NE wind, but if nothing else it's drying the ground out. The Greylag Geese below were part of a hundred strong flock content to keep on just walking away from me and the dogs. 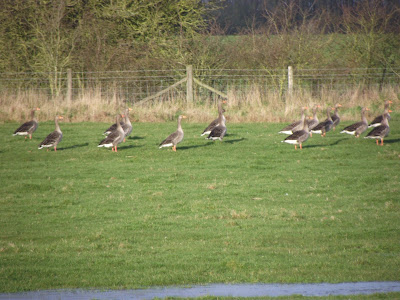 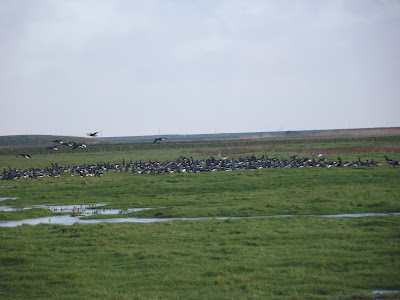 ........until eventually they decided that The Flood field would be a better option and they took flight. 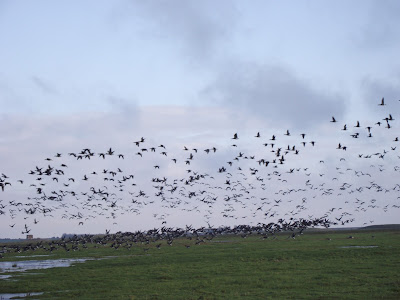 They've been constantly harrased this winter by the neighbouring farmer as he constantly tries keep them from grazing his winter corn and have become a lot more jittery than the Greylags nearby.

Back on the sea wall I sat for a while talking to one of the local wildfowlers, who had just completed an unsuccessful attempt for a last duck or two of this season. This coming Saturday finally sees the end of this shooting season for the wildfowlers and for a while we chatted through how the winter had been. It's always nice to get their perspective on how the shooting has been, how the wildfowl numbers continue to drop and how people who have such little understanding of what they do, perceive them.
Posted by Derek Faulkner at 15:22