Dawn and soon after, on Christmas Day, saw the reserve looking just about as scenic as it could. There was a hard, white frost, a blue sky was just beginning to lighten up and a mist, only about 4-5 feet high, rose off the marsh to make some bushes and mounds look as though they were floating. See what I mean in this black and white photo showing a grass mound with a taller hide in front of it. I quite liked the atmosphere in that photo until someone I showed it to suggested that it looked like a nuclear submarine passing by! It was however, a magical and beautiful morning to be out and about, just me and the dog - bliss! 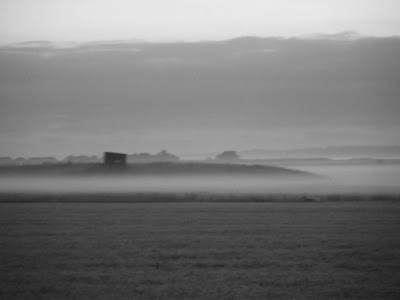 It looked less so in a coloured version. 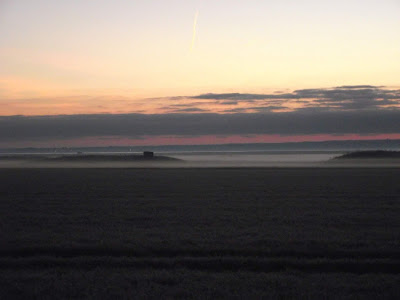 And eventually the sun began to rise, to highlight the frosty field in the foreground. 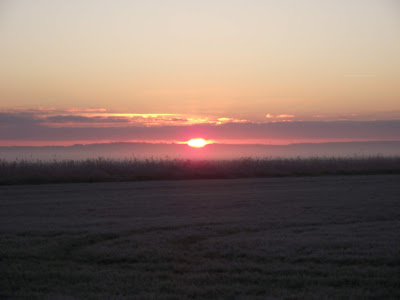 Returning to black and white this was the neighbouring farm track. 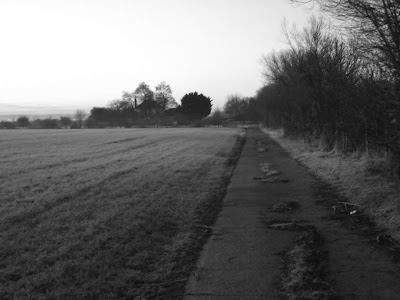 And reed beds covered in frost 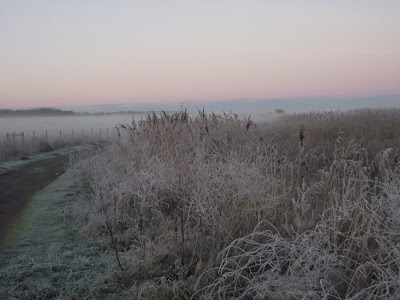 And the full moon as it began to lose brightness in the western sky. 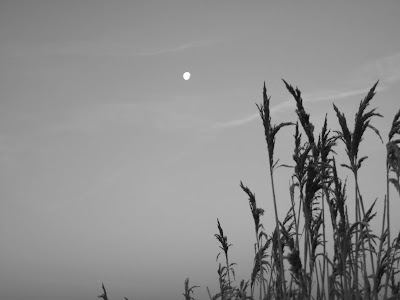 Today, Boxing Day, was different all together at dawn. Much milder and gloomier and grey with no wind and the wind turbines and solar panel farms in the area all mocking the reason that they were put there for.
Boxing Day is always a traditional hunting/shooting day and so I made my way across the reserve, in the slowly increasing light, and up onto the sea wall to see if many wildfowlers were out on the saltings. As I got there two shots rang out and two ducks fell from the sky with one being picked up immediately but a second, despite much searching by the guy with his dog, wasn't. Very soon after another two shots rang out from much further along the sea wall but I was to far away to see the result, although when the two guys packed up and walked back to go home, they showed me a small Teal duck that they had shot. I left them to go out with their dog and assist the previous guy who was still looking for the missing duck that he'd shot.
Posted by Derek Faulkner at 11:39