After a week whereby the water across the grazing marsh was beginning to soak in and lessen from being one huge lake, it went back to square one after the heavy rain last Friday afternoon/evening. Instead of being just the gateway onto the grazing marsh that was flooded, the water had made it's way back up the track and past the barn where I normally park. I was just able to get through the gateway this morning on tip-toe in my wellies but the two dogs had to swim through it, especially little short-legged Ellie. 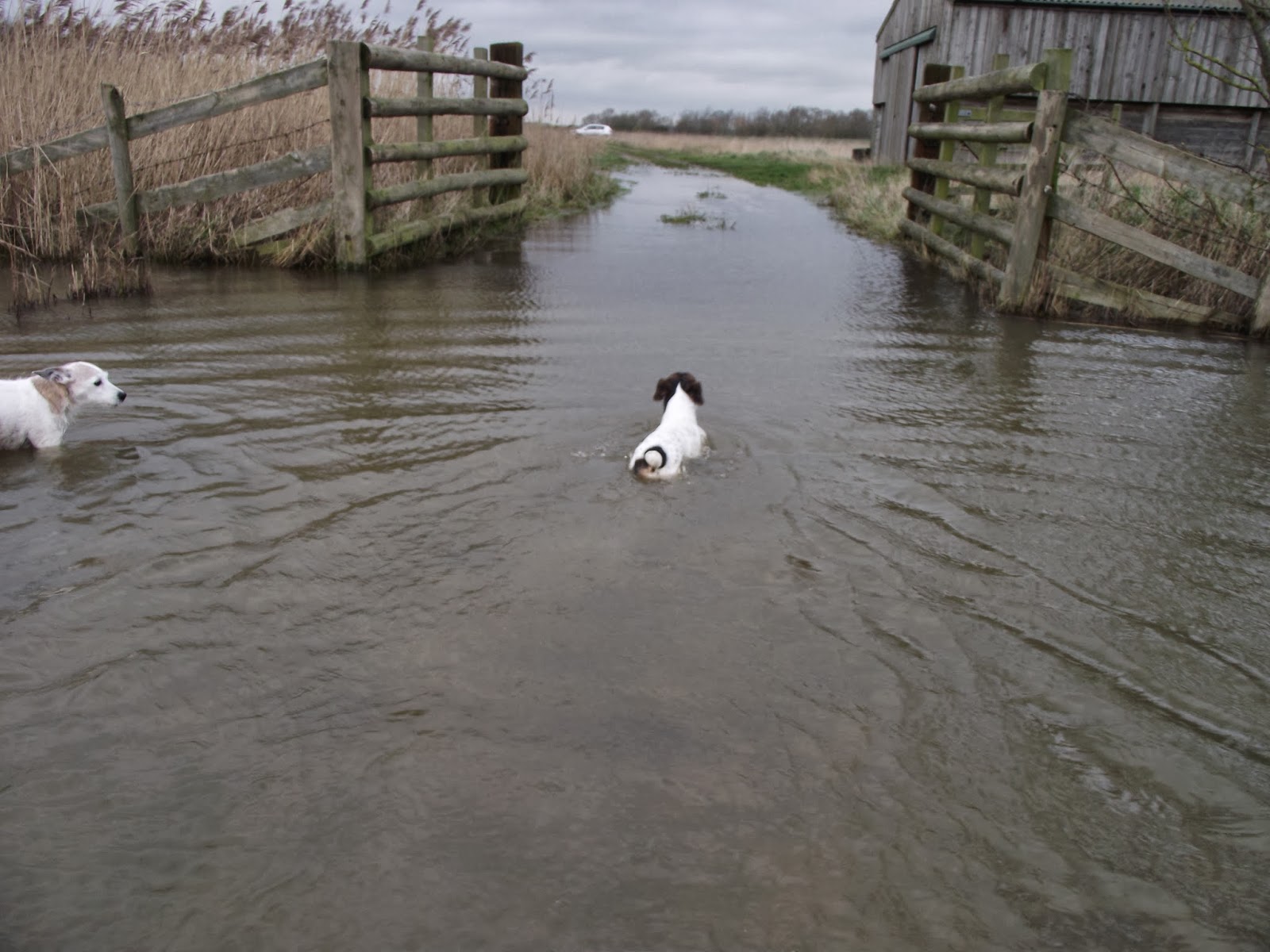 Here, I think Midge is just about on tip-toe herself. 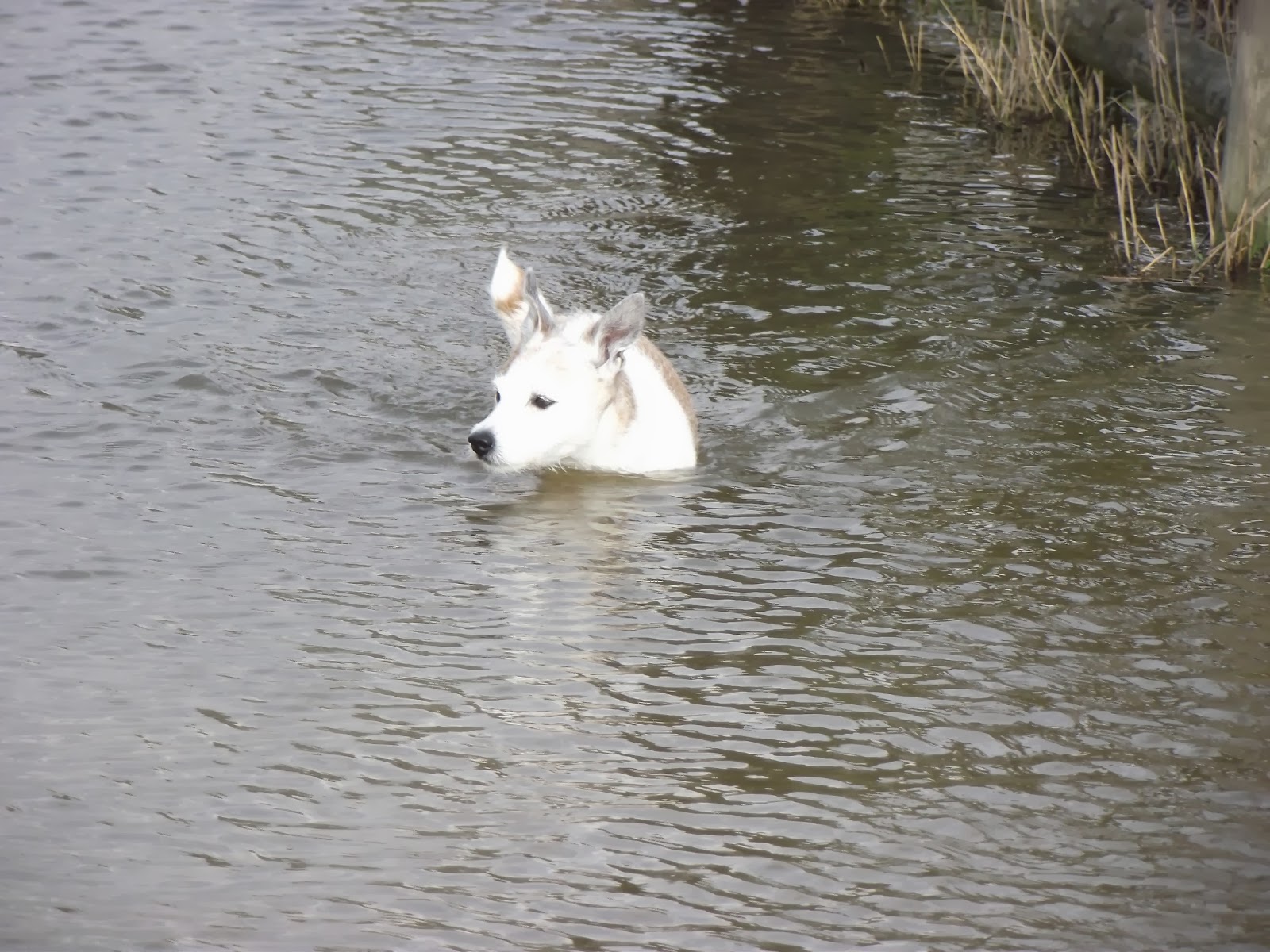 And the view across parts of the marsh didn't look to encouraging and made for a difficult trek to the sea wall once again. Probably about 60% of the reserve looks like this. 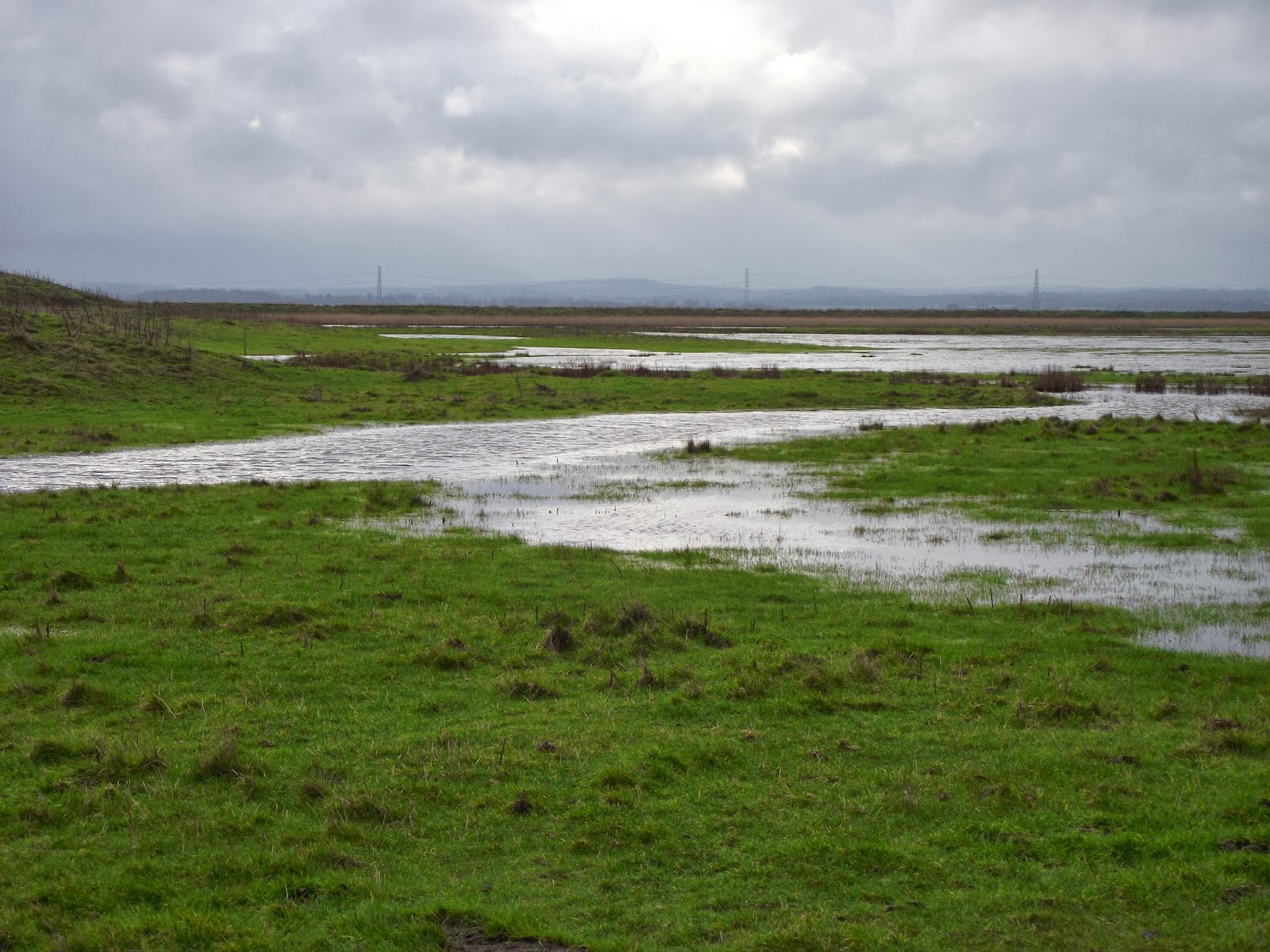 Anyway, after a brief flurry of clouds. it came out lovely and sunny, which made the day seem much better, even if it wasn't and we managed to get over to the sea wall hide OK, which made counting the birds a lot easier because the sun was behind us.
At long last, the bird numbers were as they should be in the winter there, especially in The Flood field and in there and a couple of fields alongside, the majority of the birds that I counted were as follows:-

It was great to say large numbers of Lapwing back again but still no Golden Plover, it's a real mystery why they haven't appeared this winter at all. After  a couple of winters with no Coots at all, 120 today was by contrast, a record number in recent years for this species. Watching the lone Little Egret fly by and alight by a pool on the saltings I was struck by the thought that all this flooding must seriously impact on the ability of both herons and egrets to catch food and feed. Standing alongside reasonably shallow ditches and fleets in order to catch fish just isn't possible at the moment with them all flooded and over-flowing and I wonder how they are faring.
Posted by Derek Faulkner at 16:25