Rumbles in the Countryside

Driving through the farmland spinney/copse whatever, that gives us access onto the reserve yesterday I was struck by how much it has all filled in and become pretty much perfect for wildlife. It doesn't cover a huge area but twenty years ago it was little more than an area of grass backing onto a shallow pond surrounded by old willow trees. Horses and the odd goat, would sometimes graze it hence the reason we still know it as the "horse field", but then the farmer, in order to enhance the shooting interests on his farmland, began a massive bush and tree planting operation that has resulted in many areas such as the "horse field". 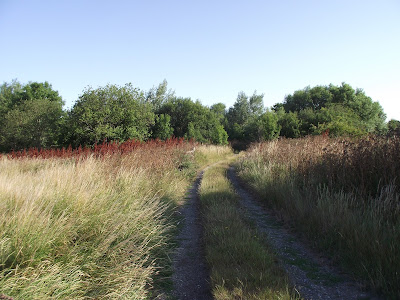 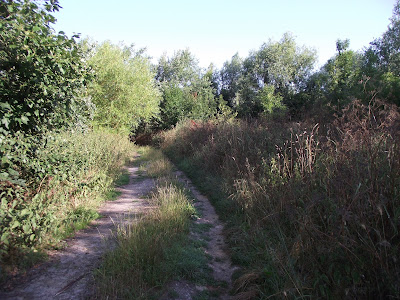 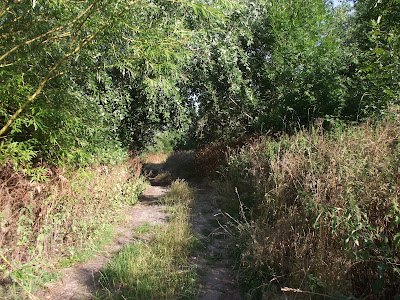 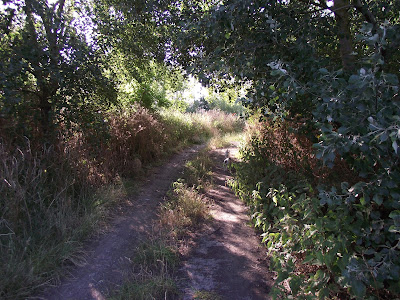 Nowadays it is home to an impressive list of breeding birds, aided by several nest boxes put up by myself. Breeding birds such as Whitethroats, Blue, Great and Long-tailed Tits, Robins, Wrens, Blackbird, Jackdaws and possibly Little Owl, have all done very well in recent years.
The only downside is the fact that the privately owned farmhouse alongside is the home of that notorious scourge of the countryside, four free-roaming cats. Unfortunately these cats spend much of their time in and around the spinney and at least one or two broods of newly hatched pheasant chicks have disappeared as a result.
Whilst it's not all good, shooting can result in positive and well managed habitat for wildlife and the view below, across part of Harty, shows some of the hedging, trees and scrub introduced and flourishing under the management of the two farmers there. 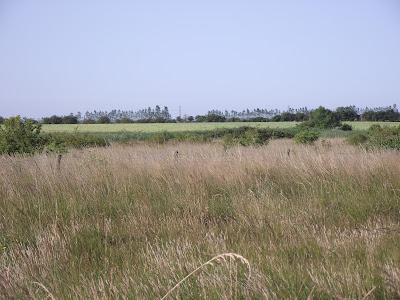 My own addition has been the regular addition over the years of many willow whips around the barn area that are now mature, part masking the barn and providing an attraction to passing migrants. 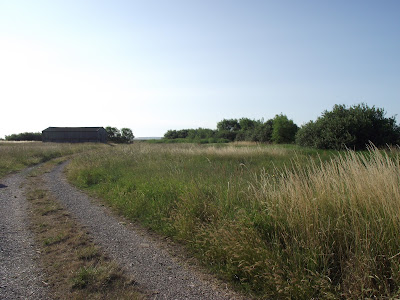 I've brought the subject up again after spending time in recent months trying to rationalise the deeply entrenched and extreme views of a couple of those "guardians" of the countryside, the antis, bunny-huggers, call them what you like, who refuse to accept that there is such a thing as a good farmer or shooter, despite evidence to the contrary, and that nothing, down to the tiniest insect should ever be killed. Not satisfied with aiming their extremist views at the more obvious targets in the countryside (nice pun), a couple of bloggers in particular, are now extending their vitriol to other innocent countryside users, with dog walkers being the current favourite. It clearly comes across in their blogs that they find it hard to accept that anyone not carrying a camera or pair of binoculars should be allowed in the countryside and in the case of one over the years this has included rants, sometimes quite nasty, about horse riders, walkers, fishermen, gardeners, horticultural students, children and of course dog walkers. None of these as far as I could see, were doing anything deliberately damaging or provocative, they were simply and innocently enjoying the countryside, as is their bloody right!
In a recent blog one of the guys was suggesting that something should be done about dog walkers who walk their dogs and potentially, (without intention I imagine) scare some birds along a shoreline. I wonder how many times he has done the same but by carrying binoculars doesn't see it as the same. Anyway, a comment to the post by his chum said "bring on dog flu"- nice!
The thing, among others, that amuses me about many of these "perfect" naturalists is their blinkered view of their own actions while out and about. They attract all manner of ego-boosting comments on their blogs by posting superb photographs of, for instance, the latest craze - dragonflies and butterflies, but at what cost to their habitat. Sometimes several photographers might walk up and down a meadow looking for and trying to photograph a particular butterfly but what about the things that are not obvious, the eggs and larva of that butterfly hidden in the vegetation that they are trampling. Now if that was a dog walker walking through that very same meadow, oh dear, imagine the vitriol that would be aimed at him or her.
Recently, one very popular and brilliant odunata photographer did have the honesty to admit to me that while wading through some shallow water and reed bed looking for emerging odonata larva, he was probably trampling on some that were still under the water and yet to emerge.
So before some of these people dive into their next diatribe about what a pain other countryside users are, they ought to think about glasshouses and stones and if you're curious as to who this grumpy old git is, well there I am below, at Reculver a couple of weeks ago on my 68th birthday. 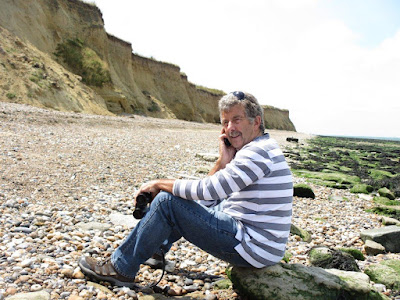