Surprisingly during the couple of hours that I spent on the reserve this morning, the sky brightened quite a bit in patches and the sun almost broke through. The cloud was also thin enough to be able to feel the warmth of the sun beaming down. The photo below shows such a bright patch, almost a cause of celebration at the moment in these SAD days. 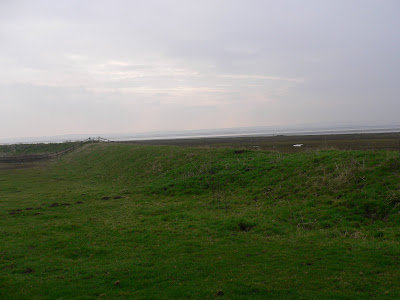 The tide in The Swale was at one of its very low points, exposing areas of mud that are not normally exposed. Although you can't see or hear them, the mudflats were covered in around 140 Carrion and 1 Hooded Crow as they noisly walked to and fro, presumably feeding on shellfish or other marine creatures.
The dark hulk to the left is all that remains of the old sailing barge "Lizard", built in 1891 to carry cement and last used by the Government in WW2. 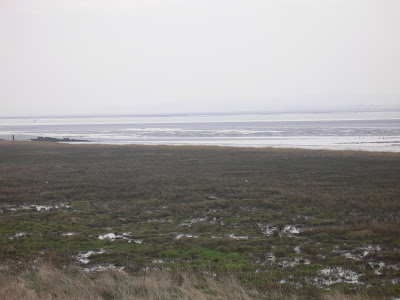 I decided to make my back to the car via some of the adjacent farmland and the photo below shows the track that runs down to the reserve seawall from Harty Church. You can see The Swale in the background. We know it as "the gravel road" because of its gravely soil structure. 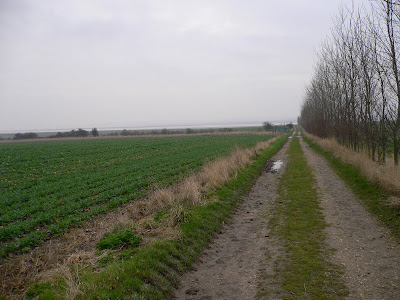 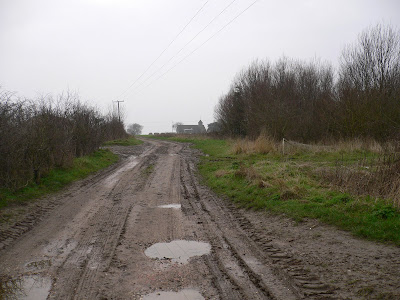 or turn right and head towards Elliots Farm, going past Forge Cottage on the way. Ken Lodge will know this route and recognise the spinney at the end of the track. 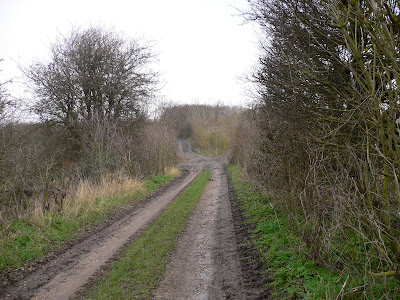 This one was taken outside Forge Cottage, looking back towards the spinney. 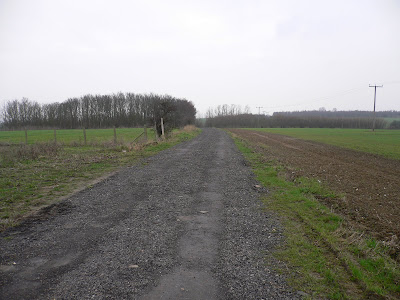 Two photos that show that Spring is gradually happening. One of two Gorse bushes on the reserve boundary and some Goat Willow catkins. 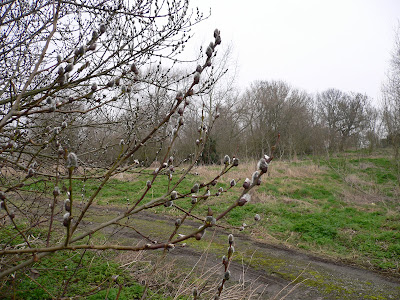 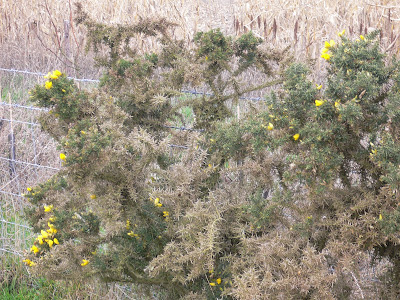 And finally, two views inside The Tower Hide that show the recent handiwork of the Green Woodpecker. 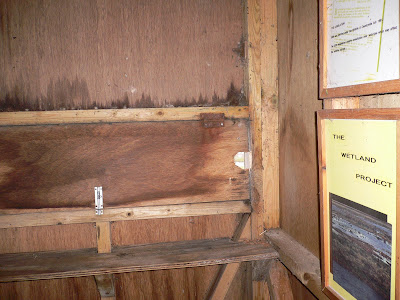 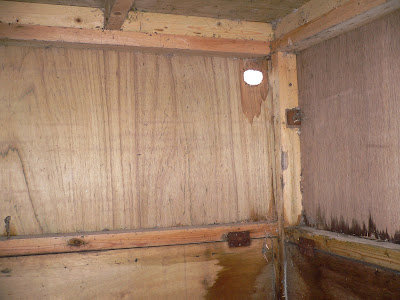