Frost and Mist and all things Ice

Double click on the photoes to bring them up in better detail. 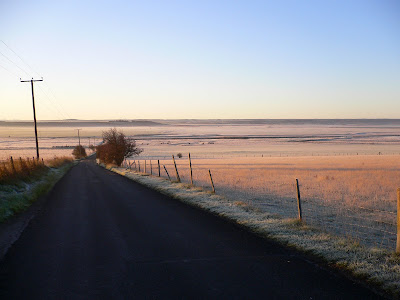 Earlier today on the reserve was one of those superbly scenic times that you would almost pay to experience. A hard frost, clear blue skies, not a breath of wind and a great yellow sun that was just beginning to create the hint of mist across the marshes. On my way there I stopped on Capel Hill and took the photo above which looks down to Capel Corner, Capel Fleet and the flatness of the Harty Marshes. The sun was just appearing above the horizon to the east.
Apart from the obvious visual delights of such a morning there is the clarity of sound, bird calls are magnified and carry for so much further. All along the mudflats of The Swale the "barking" of many hundreds of Brent Geese could be heard really clearly and these were echoed by the farmyard gabbling of the Greylag Geese flock, back in the same place as yesterday. I could even quite clearly here a train as it sped through the countryside a few miles away on the mainland, bound for East Kent no doubt. 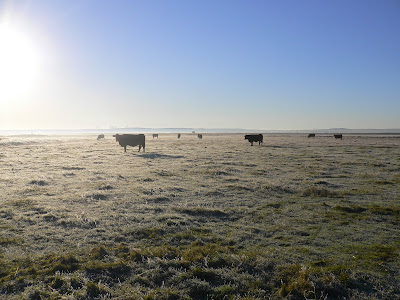 As I made my way through the cattle herd they briefly stopped to watch me go by before returning to their grazing, they must have well coated teeth to be able to take a mouthful of frost with each mouthful of grass - no microwaves out there to warm things up!
Having said that, by 9.00 the sun had become surprisingly warm and was steadily melting the frost on the south facing banks of the mounds and ditches, leaving that delightful two-tone effect of green and white. 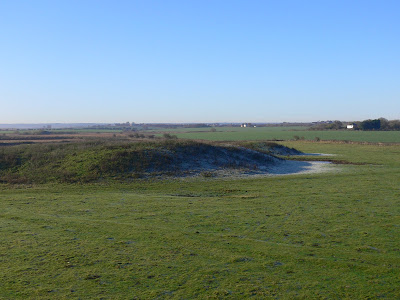 Sunday's rain hadn't made much difference to the ditch levels but there was a small increase and so I decided to put the static pump on and begin to put a little water onto the field known as "The Flood", because it does become our main flood area in the winter. I illustrated this in its dry state in a previous blog and now began to wetten it down ready to receive further rains. In the foreground of the photo below you can see the water bubbling up from the underground pipe.
Whilst standing there watching the water (water fascinates me - the legacy of being a Cancerian I suppose) I watched several small flocks of Skylarks fly in and begin feeding in the weedy areas around the water. Eventually there was a flock of some 40 birds and then, right on cue, a Snipe zoomed in and began working its way across the shallow water - triffic! 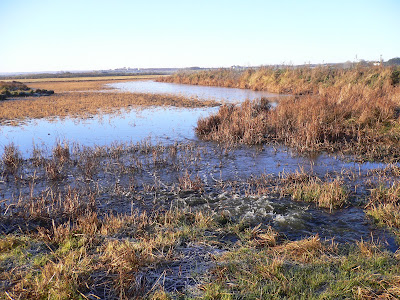 Close by to the pump shed is the Tower Hide, seen below, so I wandered over to that for a look round while I was pumping. Its a tad old now but easily gives the best views across not only across the reserve but the surrounding farmland, across the Swale to the mainland and out to Shellness Point. One regular feature of using this hide is the ability to sit there with the flaps open and have a harrier glide by, literally within a couple of feet of you. I remember one time when a Hobby, not realising that I was inside, used the roof as a perch and at regular intervals stooped down past the open flaps to snatch dragonflies from the air.
Even better, back in the late 1980's, I was sitting in there when in the field immediately in front of it, I realised that I was looking at an Oriental Collared Pratincole and a Black-winged Pratincole, both together!
All special memories and a couple of years ago I also added Collared Pratincole to the reserve list, all three whilst doing my ordinary daily patrols, who needs to rush up and down the country! 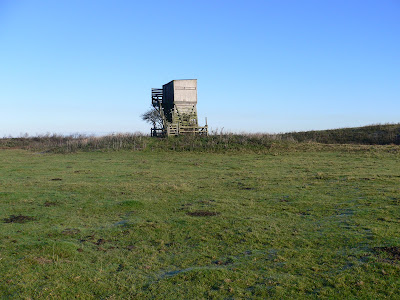