Despite it being a fairly sunny early morning on the reserve it was frozen solid and offering few birds and so I took some photos with the intention of writing a historical item but the photos were poor and so I've scanned some photos on from much warmer and enjoyable times.
Below is a pleasant summer's day view along the seawall, back towards Shellness Hamlet. The seawall had just been mown, hence its yellow colour. 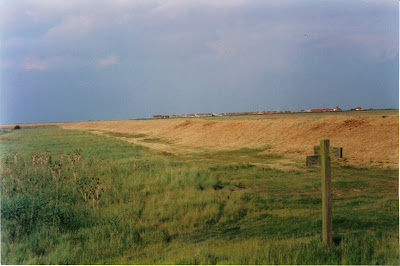 The saltings below Harty Church, covered in purple Sea Lavender and looking across to Oare nature reserve. 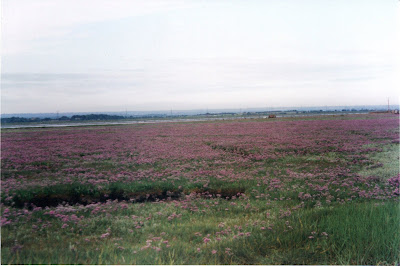 Lucy, my previous Jack Russell, having a closer look at the Sea Lavender. 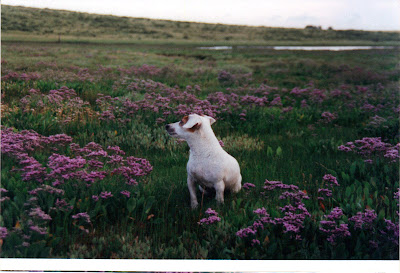 The seawall fleet - "The Delph" - with a couple of Coots coming into view. 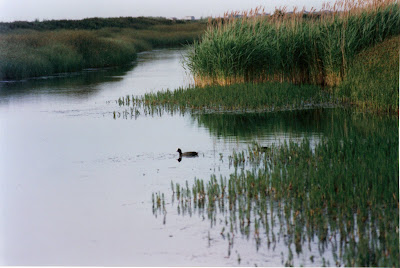 A female Pochard and duckling trying to keerp up, in "The Delph". 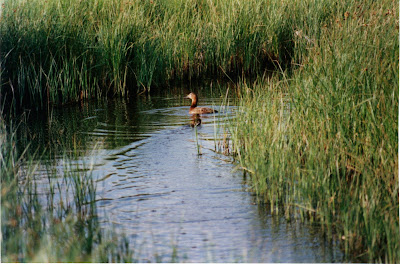