With access to the reserve via the Harty Road denied this morning due to road repairs, I decided to visit the reserve's eastern tip via the Shellness track. With the wind from the South West I was not expecting any seabird movements and so it proved, the light was also quite poor so the pictures are a tad dull. As I walked towards the Point, with the old WWII XDO Post in the foreground, the tide was only just beginning to ebb away from the beach but there was still a surprisingly low high tide roost of birds. 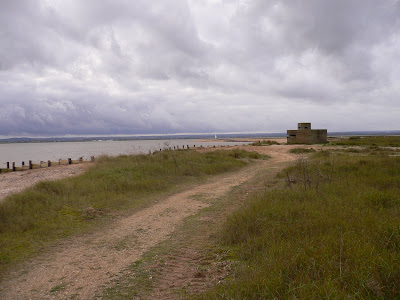 The black dots along the beach are around 500 Oystercatchers, with 3 Cormorants and some gulls as company. It's not unusual at this time of the year for the Oystercatchers to number 2-3,000 birds. As the winter gales increase in regularity the shape of the beach will also change shape as its washed away or built up higher and on really high tides the sea will sometimes cut across the track before the XDO Post for a few hours. 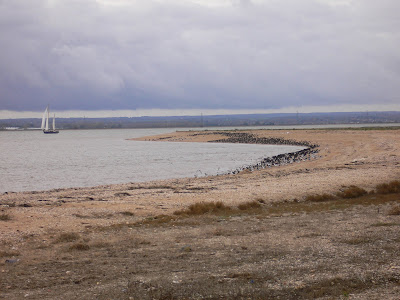 There were 107 Brent Geese drifting along on the ebbing tide, waiting for the weed on the mudflats to become exposed. Out of the 107 only two juveniles were noted, although I believe that in other flocks this winter juvenile numbers have been quite high, so hopefully the breeding season went OK. 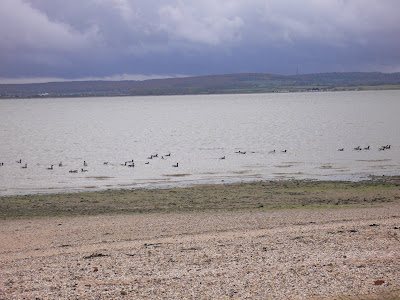 Looking back towards the Hamlet from the XDO Post. What an enviable place to live and watch the seasons pass by, plus the ability to carry out a seawatch from your lounge window - something else! 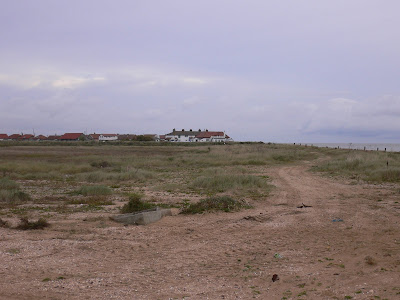 This fence, with attendant signs, was put round the stretch of beach that contains the High Tide Roost and Little Tern nesting areas, asking the public to stay out and the reasons why. Unfortunately eight of the posts have been broken down recently by persons unknown. 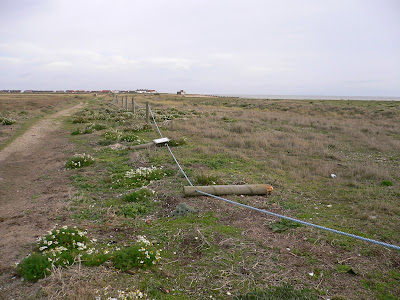